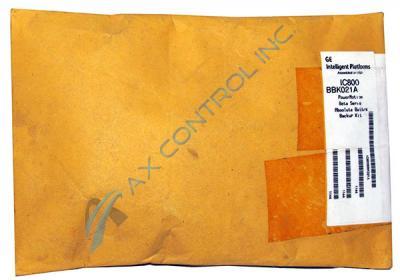 The IC800BBK021 is a battery kit used by the GE Fanuc Servo amplifiers Modules (SVM). This module is part of the Beta i series GE Fanuc Computer Numerical Control (CNC) system.

The battery pack is used as a built-in memory backup energy supply for an Absolute Pulse coder with the single-axis SVM Beta i Servo amplifier modules, when the system is disconnected from the electric energy supply lines.

The built-in battery package is located at the bottom of the Servo Amplifier Module (SVM) behind the plastic battery cover and is connected to the CX5X Bat terminal.

Our highly skilled technicians can repair your IC800BBK021. All of our repairs come with a 3 Year AX Control Warranty. Please contact us for additional information about our repair process. To receive the repair pricing and lead time listed above please process your repair order via our website. The following repair options may be available upon request: