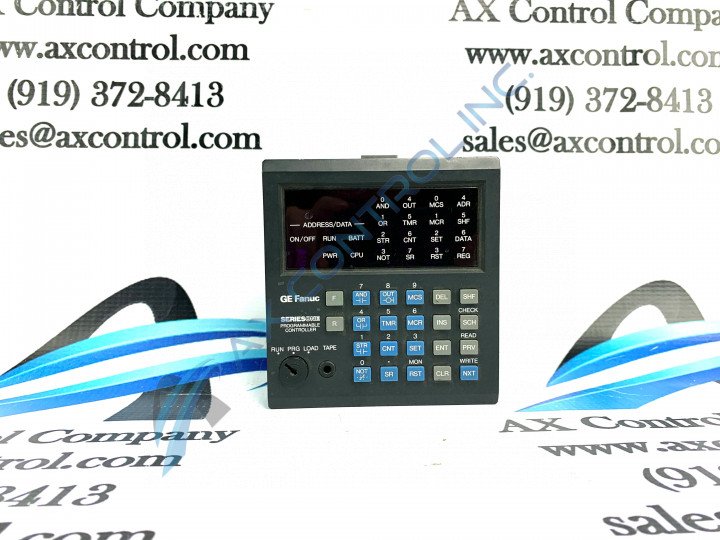 The IC610PRG105 is a hand-held programmer with a key switch feature. It is one of several accessories for the GE Fanuc Series One Junior Programmable Controller (PC). Series One Junior PCs are 24 I/O (15 inputs, 9 outputs) units, with expansion unit compatibility if more than 24 I/Os are needed.

This programmer provides several functions when properly connected to a Series One Junior PC, functions that include:

A mating connector located on the back of the programmer is used to connect the unit to a 26-pin connector on the front panel of the Series One Junior PC. If necessary, a 5’ extender cable (part number IC610CBL100) can connect the IC610PRG105 programmer to the Series One Junior basic unit. In applications requiring the IC610PRG105 to be installed on the exterior of a console or panel, a Programmer Mount Assembly (part IC610PRG190) can be used.

Additional information on the IC610PRG105 hand-held programmer can be found in the Series One Junior Programmable Controller User’s Manual GEK-90503A. This programmer comes with AX Control’s standard 3-year warranty.

Our highly skilled technicians can repair your IC610PRG105. All of our repairs come with a 3 Year AX Control Warranty. Please contact us for additional information about our repair process. To receive the repair pricing and lead time listed above please process your repair order via our website. The following repair options may be available upon request: