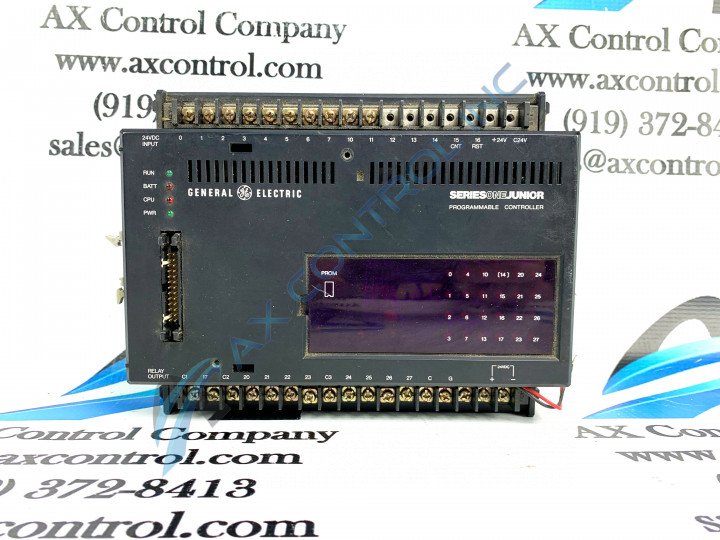 Part of the Series One Junior line of products, the IC609SJR124 module was designed by GE Fanuc to be one of many different types of their programmable logic controllers that they developed for that series. This product has since had its production halted; despite that, we here at AX Control still regularly have it in stock for the convenience of our valued customers.

In addition to the two sets of terminals, the IC609SJR124 PLC also has a display screen in the bottom right hand corner, which has a set of numerous corresponding indicator LEDs next to it. To the display screen’s left, you will find a long, thin port with male connectors. Above that port, there are four LEDs that are designed to indicate the status which is labeled to the left of them.

How can you use a Programmer Mount Assembly with the IC609SJR124?

You can use a Programer Mount Assembly to mount the IC609SJR124 away from the PC.

Our highly skilled technicians can repair your IC609SJR124. All of our repairs come with a 3 Year AX Control Warranty. Please contact us for additional information about our repair process. To receive the repair pricing and lead time listed above please process your repair order via our website. The following repair options may be available upon request: