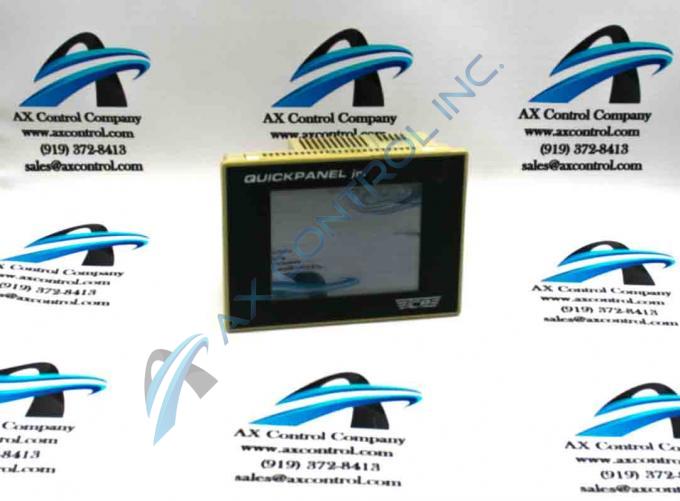 This model, the QPJ-2D101-S2P, is one of the several similar models that were all built, developed, and produced by General Electric’s automation division, under the product name of the “QuickPanel” series. This series is a lineup of human/machine touch screen interface modules, and were all built as replacements for similar interface units that display information in a limited view, and integrated with clunky physical push buttons and indicator LED lights for the device’s status and actions.

The QPJ-2D101-S2P module is a 5 inch model, which is outfitted with a thin film transistor unit to display the image in full color. The image resolution is in a crisp, detailed 320 by 240 square pixels (width x height). The memory capacity of this QuickPanel model, unlike its larger counterparts, is only able to hold kilobytes of memory, rather than the megabytes that the 8 to 12 inch models are able to process. The QPJ-2D101-S2P model is able to hold 256 KB, or 0.26 MB. The connection abilities of this unit includes the ability to connect with all of the major programmable logic controllers and network connection systems.

The usual dimensions given to the QPJ-2D101-S2P module make it a compact, lightweight piece of industrial information hardware. This unit has an overall width of 6.75 inches/172 millimeters, and then a total height of exactly 5 inches, and 127 millimeters, and a depth reaching 2.125 inches, or 54 millimeters.

While this unit was initially developed by the automation branch of GE, it is out of production, and our inventory here at AX Control has all been fully restored, and guaranteed to be successfully operational upon delivery.

Our highly skilled technicians can repair your QPJ-2D101-S2P. All of our repairs come with a 3 Year AX Control Warranty. Please contact us for additional information about our repair process. To receive the repair pricing and lead time listed above please process your repair order via our website. The following repair options may be available upon request: