Sell Surplus: Have a QPI-PBS-201 to sell? Sell Now 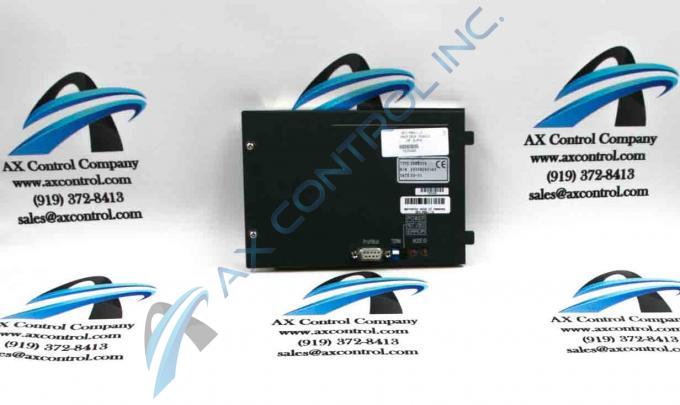 Sell Surplus: Have a QPI-PBS-201 to sell? Sell Now

This model is the QPI-PBS-201, the Profibus communication adapter for the QuickPanel series of touch screen human/machine interfaces. The QuickPanel series has a number of varying specifications for each unit, but what these models are all capable of is connecting to every major type of system network and programmable logic controller. These connections are able to be held between PLCs and networks like the A-B Remote I/O and the A-B Data Highway Plus, with the Genius I/O, Modbus Plus, and the Profibus, DeviceNet, and Interbus-S systems.

The QPI-PBS-201 unit is the communication adapter module between the QuickPanel touch screen and the Profibus communication network.

The QuickPanel series is a lineup of human/machine interface modules that were developed by General Electric’s division of industrial automation. The size of these models range from as small as the 5 and 6 inch models in the QuickPanel Junior subgroup. The larger models in this series are the 10.5 inch models, and the largest, 12.1 inches.

The QuickPanel series has numerous specifications for power intake (either direct current or alternating current), the image resolution and the internal components that make up the graphics display. The visual elements are either an amber electroluminescent display, a liquid crystal display, or the super twisted nematic display.

The QPI-PBS-201 module is out of production, along with the rest of the QuickPanel series. At AX Control, our inventory has been completely optimized and refurbished. We are also able to protect your purchase with our 1 to 3 year warranty deal.

Our highly skilled technicians can repair your QPI-PBS-201. All of our repairs come with a 3 Year AX Control Warranty. Please contact us for additional information about our repair process. To receive the repair pricing and lead time listed above please process your repair order via our website. The following repair options may be available upon request: