Sell Surplus: Have a QPI-MBP-201 to sell? Sell Now 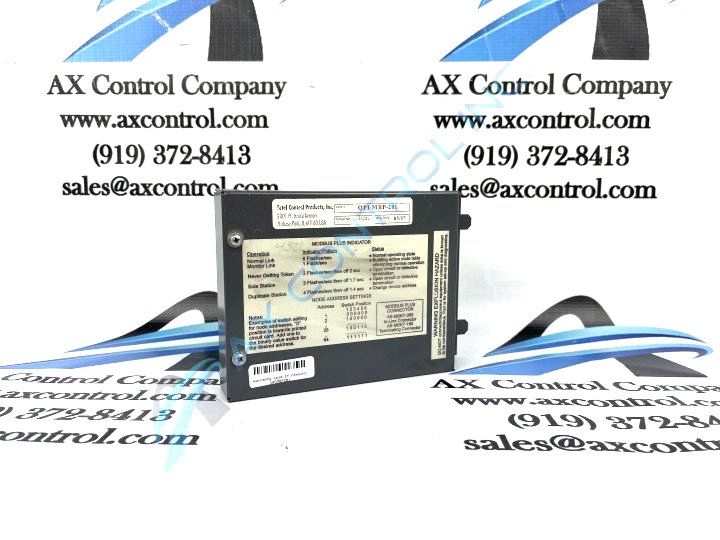 Sell Surplus: Have a QPI-MBP-201 to sell? Sell Now

This unit is a part of the QuickPanel series of industrial equipment and products, developed by General Electric and their industrial automation branch. This module however, is not one of their touch screen units. Rather, it is an additional, completely optional, communications module between a QuickPanel human/machine touch screen interface, and a system network. This unit is designated with the ID Number of QPI-MBP-201.

The QuickPanel modules are able to connect to all of the major types of system networks and programmable logic controllers. These networks and PLC units include the A-B Remote I/O and A-B Data Highway Plus, as well as the Genius I/O, Profibus, and the Interbus-S. The QPI-MBP-201 is the communication module that is intended to be the connection between the ModBus Plus system network. The QPI-MBP-201 unit is a small black attachment, with connection prongs on the side.

These models all have a similar set of specifications between themselves. The QuickPanel series is all out of production from their original manufacturers, but our technicians at AX Control have been able to largely refurbish and repair the QPI-MBP-201 unit and the rest of them that you may wish to purchase.

Our highly skilled technicians can repair your QPI-MBP-201. All of our repairs come with a 3 Year AX Control Warranty. Please contact us for additional information about our repair process. To receive the repair pricing and lead time listed above please process your repair order via our website. The following repair options may be available upon request: