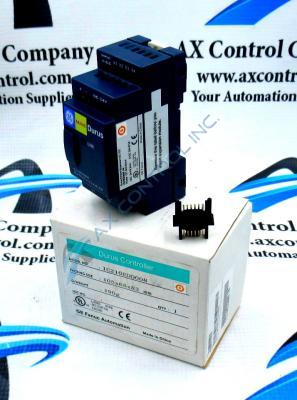 Durus Controllers are able to support up to three discrete units and one analog expansion unit. Every discrete expansion unit has four inputs and four outputs.

The IC210EDD008 unit has a rectangular shape to it. The top of the expansion unit houses the four input ports, which are labeled as X1, X2, X3, and X4. The next row down has both a positive terminal and a negative terminal that are rated at DC 24V. The bottom of the device houses the four output ports, which are labeled as Y1, Y2, Y3, and Y4. The very middle of the expansion unit has an LED indicator light which is labeled as “LINK,” which illuminates with a red color.

Our highly skilled technicians can repair your IC210EDD008. All of our repairs come with a 3 Year AX Control Warranty. Please contact us for additional information about our repair process. To receive the repair pricing and lead time listed above please process your repair order via our website. The following repair options may be available upon request: