Sell Surplus: Have a IS200TBCIH1A to sell? Sell Now 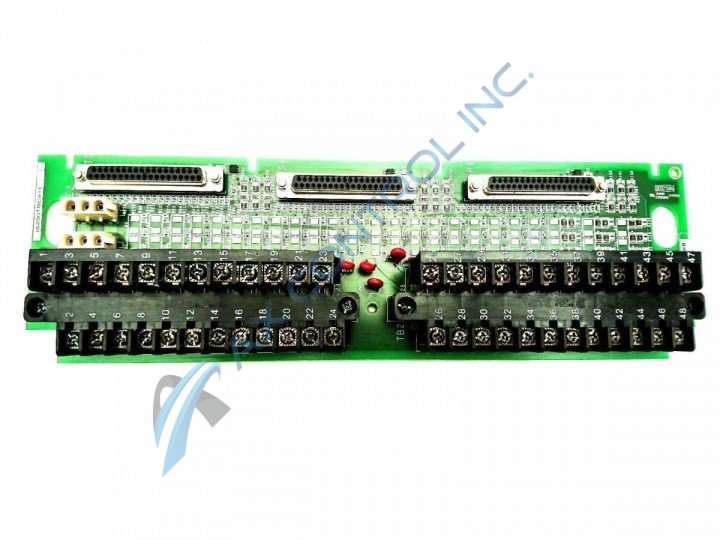 Sell Surplus: Have a IS200TBCIH1A to sell? Sell Now

The IS200TBCIH1A is a printed circuit board or PCB manufactured for the Mark VI series by GE. The Mark VI, like the other Mark systems before it, is used to manage and automate the processes of gas and steam turbines. These turbine systems have been used continuously since the release of the Mark I in the late 1960s.

The IS200TBCIH1A is a long, slim printed circuit board. Its entire left half is occupied by two (2) long black terminal blocks. Each of these terminal blocks contains enough spaces to house up to forty-eight (48) terminals or twenty-four (24) terminalis per block. The terminals are silver and have been made into metal cubes. Sitting between these two (2) terminal block is a small collection of at least five (5) capacitors. These capacitors are completely round and solid red. Aligned on the opposite border of the IS200TBCIH1A are three (3) jack connector ports. The connector ports are composed of black plastic and silver metal. They contain many very small female connectors that can be used to connect extra components to the IS200TBCIH1A. Two (2) jumper links which are white may be seen at the top of the IS200TBCIH1A in the center. The jumper links are arranged parallel to each other. They are white in color and contain three (3) small ports each. Arranged vertically down the center of the IS200TBCIH1A is a large collection of very small components. The largest of these components is a series of rectangular silver diodes. A number of tiny capacitors and resistors are also sitting among this group.

Our highly skilled technicians can repair your IS200TBCIH1A. All of our repairs come with a 3 Year AX Control Warranty. Please contact us for additional information about our repair process. To receive the repair pricing and lead time listed above please process your repair order via our website. The following repair options may be available upon request: