The DS200VPBLG1ACC is a GE Mark V printed circuit board

Sell Surplus: Have a DS200VPBLG1ACC to sell? Sell Now 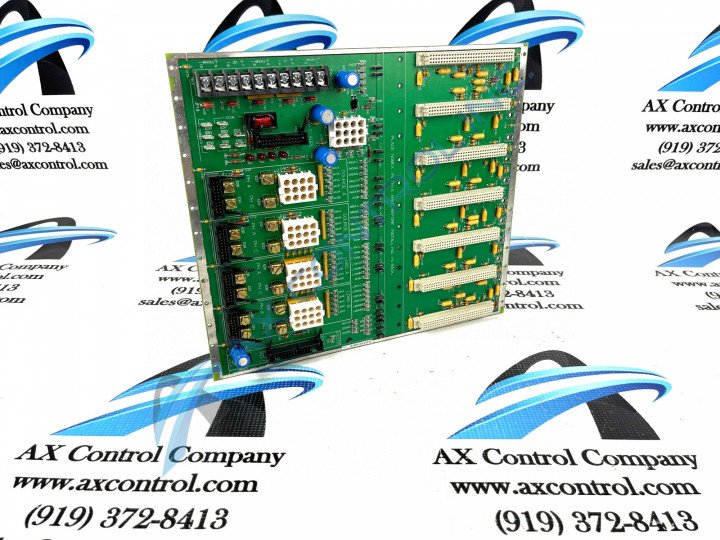 The DS200VPBLG1ACC is a GE Mark V printed circuit board

Sell Surplus: Have a DS200VPBLG1ACC to sell? Sell Now

The DS200VPBLG1ACC is a PCB manufactured as a component for the Mark V series from GE.  The Mark V is one of the many Speedtronic systems released by General Electric designed as a complete system solution for the management of heavy-duty gas or steam turbines.  The MKV is designed using TMR (triple modular redundant) architecture, which is able to perform all protective functions, sequencing, and critical control algorithms necessary to run the turbine and its auxiliaries.  The TMR controllers receive data from triple-redundant sensors, although the number of sensors per system varies. Since one of the benefits of the MKV is its scalability and adaptability, many systems are uniquely designed.

The DS200VPBLG1ACC is a VME backplane board.  It fits into a rack system that accepts and holds other boards. These plug into the eight VME-type connectors located on the back half of the DS200VPBLG1ACC.  It is important to note this housing is a separate assembly.

The DS200VPBLG1ACC includes several vertical pin connectors, including a 26-pin discrete cable connector that is used for diagnostics.  Three 20-pin ribbon connectors transfer attenuated voltage signals to the DS200VPBLG1ACC from a voltage feedback scaling board. The board also has a twelve-pin Mate-n-Lock for power supply connection.  There are three Mate-n-Lock connectors on the board. A 12-pin terminal block transfers tachometer signals to the CPU. The board has five jumpers and eight stab connectors.

The DS200VPBLG1ACC has sixty TP test points.  These spring loops allow access to both analog and digital signals.  The board is also populated by a terminal strip, seven resistor network arrays, four high-voltage electrolytic capacitors, and four LEDs.

Our highly skilled technicians can repair your DS200VPBLG1ACC. All of our repairs come with a 3 Year AX Control Warranty. Please contact us for additional information about our repair process. To receive the repair pricing and lead time listed above please process your repair order via our website. The following repair options may be available upon request: