Sell Surplus: Have a DS200KLDAG1A to sell? Sell Now 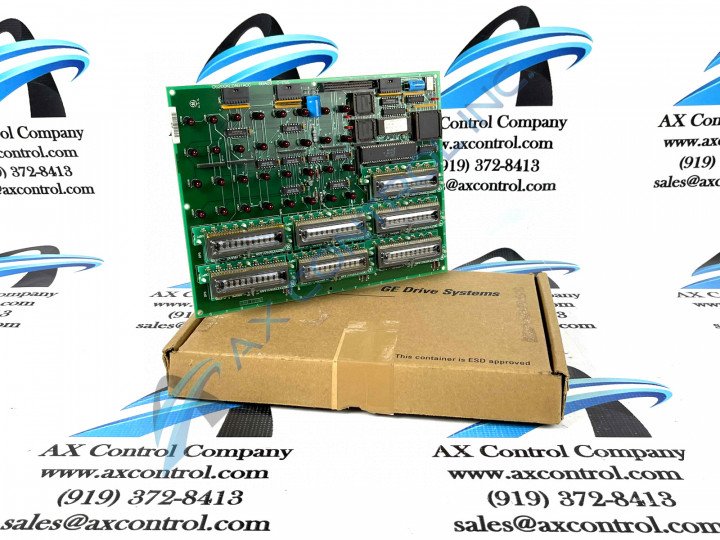 Sell Surplus: Have a DS200KLDAG1A to sell? Sell Now

The DS200KLDAG1A is a Mark V Speedtronic component board.  The MKV was a later steam/gas turbine control system released by General Electric as part of the Speedtronic line.  The MKV includes triple modular redundant architecture that includes built-in diagnostics and online maintenance.   Please note DS200 series boards do not offer updated firmware or components; if these are needed for your system,  please review similar DS215 series boards on our site.

The DS200KLDAG1A functions as an LED Display Control card.   Marked with the GE logo and codes like C-ESS and 6BA03, this rectangular board is marked for alignment and drilled for mounting.  It has seven auxiliary boards attached to its surface via brass pins; each auxiliary board contains an LED display with a ten-digit display built with  SISD (sixteen segment display,) a resistor network array, and stab-on connectors. Each of these boards is marked as DS200DSPAG1AAC, and is also marked with the codes 6BA03 and C-ESS.   These boards are designed to interlock side-to-side.

Other board components include thirty-two red LED indicators that are placed on the board in four lines of eight.  There are four connectors, including one vertical pin connector and three right-angled connectors.  Capacitors are made from electrolytic and ceramic material.  Diodes, resistors, jumper switches, and transistors are on the board.  There are several resistor network arrays and integrated circuits, including an oscillating chip, EEPROMs, and three FPGAs.   Technical support products originally distributed by General Electric will provide more information, including installation and handling.

The DS200KLDAG1A Display Board generally features Qty 7 optional daughter LED Display boards that mount to the face of the PCB. This card is extremely reliable and is rarely the failure found when troubleshooting the application for errors and fault codes. Overall the DS200KLDAG1A is reliable, easy to install, and does not become faulty often - AX Control Technician Team

Our highly skilled technicians can repair your DS200KLDAG1A. All of our repairs come with a 3 Year AX Control Warranty. Please contact us for additional information about our repair process. To receive the repair pricing and lead time listed above please process your repair order via our website. The following repair options may be available upon request: