The DS200IQXDG1A is a Mark V EX2000 Inverter Snubber Card

Sell Surplus: Have a DS200IQXDG1A to sell? Sell Now 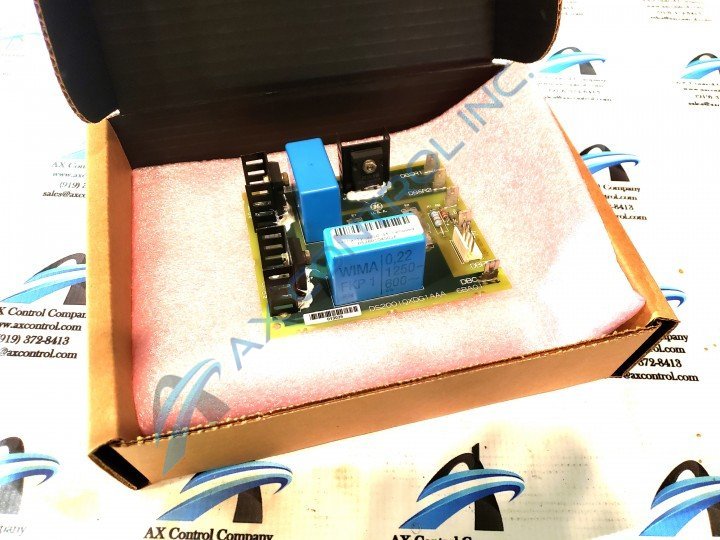 The DS200IQXDG1A is a Mark V EX2000 Inverter Snubber Card

Sell Surplus: Have a DS200IQXDG1A to sell? Sell Now

The DS200IQXDG1A is a circuit board manufactured by General Electric for use within its Mark V Speedtronic system.  The Mark V is a microprocessor-based gas and steam turbine-control system. It was specifically designed for use on medium to large turbines, single or two-shaft heavy duty gas turbines, and aero-derivative gas turbines.  The MKV is a triple redundant system that uses three redundant control processors; this allows any one of these processors or its components to be repaired without shutting down the turbine system. The DS200IQXDG1A is typically used within an EX2000 subset of the Mark V.

The DS200IQXDG1A functions as an EX2000 Inverter Snubber Card.  Snubber cards can be used to protect machinery from voltage spikes caused when a mechanical or electrical switch opens, as often happens on pumps or compressors.  The snubber is its own energy absorbing circuit.

The DS200IQXDG1A is a small board with drill holes in corners to allow for mounting.  The center of the board contains four components marked E1 through E4. These are connection terminals.  The board also has two vertical pin header connectors and five stab-on connectors. Other components on the board include metal film resistors and a diode.  The board has three heat sinks with transistors attached. Most of the board space is taken up by two polypropylene capacitors (WIMA FKP 1.) These are specifically designed for use in pulse applications.  The capacitors have metalized internal series connections and metal foil electrodes. These capacitors are self-healing and have an extremely high pulse duty with a very low dissipation factor.

The DS200IQXDG1A board is marked with the code 6BA01 and with the GE logo.  More information regarding operation or installation of the board can be found through GE publications like manuals or data sheets.

Our highly skilled technicians can repair your DS200IQXDG1A. All of our repairs come with a 3 Year AX Control Warranty. Please contact us for additional information about our repair process. To receive the repair pricing and lead time listed above please process your repair order via our website. The following repair options may be available upon request: