Sell Surplus: Have a DS200FPSAG1ABB to sell? Sell Now 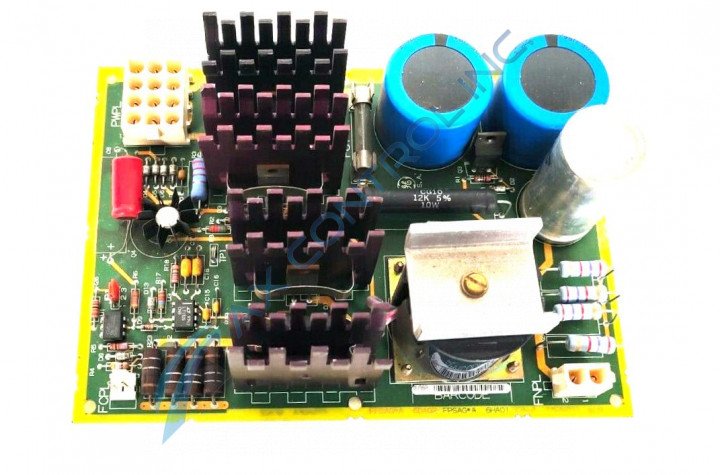 Sell Surplus: Have a DS200FPSAG1ABB to sell? Sell Now

The DS200FPSAG1ABB is a Power Supply Board for a fan assembly.  It was originally manufactured and distributed by General Electric as a part for the Mark V gas/steam turbine control system.  This system featured a triple modular redundant (TMR) design with high reliability and low downtime that was designed to give operators instant access to important control functions.   The MKV includes an online maintenance platform, built-in diagnostics, and a direct sensor interface.   While the DS200FPSAG1ABB is no longer manufactured by General Electric, it is available through AX Control as a reconditioned unit that has been tested by our in-house techs, or as new, never-used liquidated stock.

The DS200FPSAG1ABB is notched along each edge with small indentations.  Each corner has been drilled to allow mounting hardware to be added to the unit; this may include standoffs or screw mounts.   The board has multiple connectors, including two Mate-n-Lock connectors and a two-pin vertical header connector.

Other board components on the DS200FPSAG1ABB include protective components like a fuse mounted in a fuse holder and several heat sinks.  The board has a single TP test point and one jumper switch.   There are four transistors on the board.  Resistors vary between wire wound, carbon composite, and metal film.  Capacitors include small ceramic and electrolytic to three large surface-mounted electrolytic capacitors placed in the lower left-hand corner.   Most components are marked with a reference designator or with their original manufacturing number.  The board has the GE imprint and codes like 6BA02.  Manuals, data sheets, and user guides will provide additional information.

Our highly skilled technicians can repair your DS200FPSAG1ABB. All of our repairs come with a 3 Year AX Control Warranty. Please contact us for additional information about our repair process. To receive the repair pricing and lead time listed above please process your repair order via our website. The following repair options may be available upon request: