Sell Surplus: Have a DS200DSFBG2 to sell? Sell Now 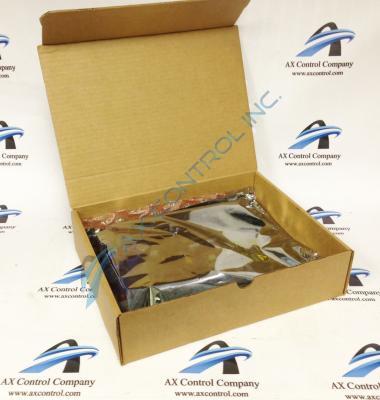 Sell Surplus: Have a DS200DSFBG2 to sell? Sell Now

The DS200DSFBG2 is a Mark V board component.  It was manufactured by General Electric as part of one of their later Speedtronic gas/steam turbine management systems.  The Mark V can be set up with either TMR (triple modular redundant) or Simplex control, depending on the needs of the turbine system.  It offers built-in diagnostics that can identify faults to the board level, online maintenance tools, and a direct sensor interface.   The DS200DSFBG2 and other MKV boards can be purchased from AX Control as reconditioned, refurbished, and fully tested units.

The DS200DSFBG2 functions as a Driver Shunt Card.  This is a nearly square board with only a few components on its surface.   The board is designed to monitor shunt current feedback.  Two faults can be generated by this current feedback, including a DI/DT fault and an IOC fault.   A DI/DT fault will occur if there is a 100% or greater step change of rated shunt current.  An IOC fault will be reported if the current exceeds 250% rated current.

The DS200DSFBG2 is populated by a transformer component near its right edge.   It has several transistors, over a dozen mounting eyelets ringed with conductive material, plug connectors, and stab-on connectors.  The mounting eyelets are used for connections like device gates and device emitters.  The board has resistor network arrays mixed in with metal film resistors, and uses a variety of capacitors primarily made from ceramic material.  There are several LED indicators on the board, but no configurable hardware or fuse components.

Technical support products from General Electric will provide more details about the DS200DSFBG2.  This includes user guides and product manuals.

Our highly skilled technicians can repair your DS200DSFBG2. All of our repairs come with a 3 Year AX Control Warranty. Please contact us for additional information about our repair process. To receive the repair pricing and lead time listed above please process your repair order via our website. The following repair options may be available upon request: