Sell Surplus: Have a DS200DPCAG1A to sell? Sell Now 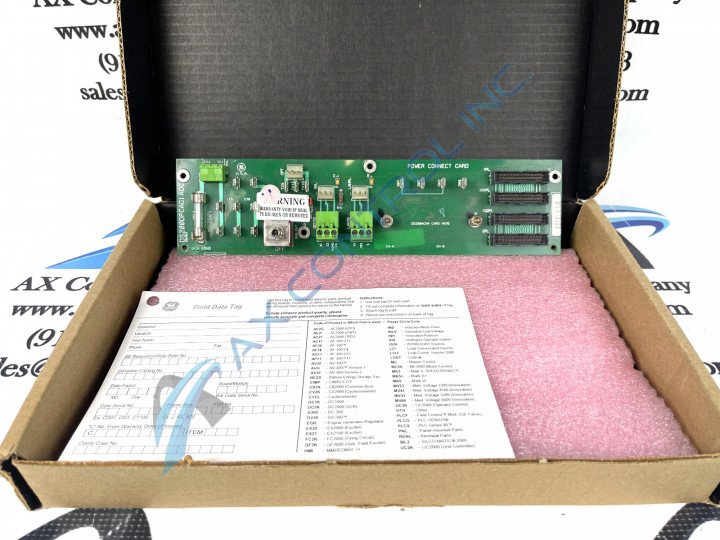 Sell Surplus: Have a DS200DPCAG1A to sell? Sell Now

The GE IOS + Power Connect Board DS200DPCAG1A features 3 terminal blocks for 3 wires in each block and one toggle switch. The DS200DPCAG1 also features one fuse and four 26-pin connectors. The fuse that populates the board requires some consideration. If you suspect that the board has stopped working or that some function of the board has stopped a quick troubleshooting measure is to view the fuse on the board and verify that the element in the fuse is still intact. If the element is blown it indicates that an over current condition occurred in the board and to prevent damage the fuse has blown which causes the board to stop functioning.

You can remove the fuse and replace it but you first must obtain an exact match to the fuse. Sometimes the rating is printed on the fuse and also the publication that came with the original board from the factory will describe the rating of the fuse. If you install a fuse that doesn’t exactly match, you can expose the fuse to current that will damage components on the board or other boards in the drive that are attached to it. You might also cause the fuse to blow when the current is within the limits for the board but the fuse is not rated to handle that current.

Our highly skilled technicians can repair your DS200DPCAG1A. All of our repairs come with a 3 Year AX Control Warranty. Please contact us for additional information about our repair process. To receive the repair pricing and lead time listed above please process your repair order via our website. The following repair options may be available upon request: