Sell Surplus: Have a DS200DMCAG1AHC to sell? Sell Now 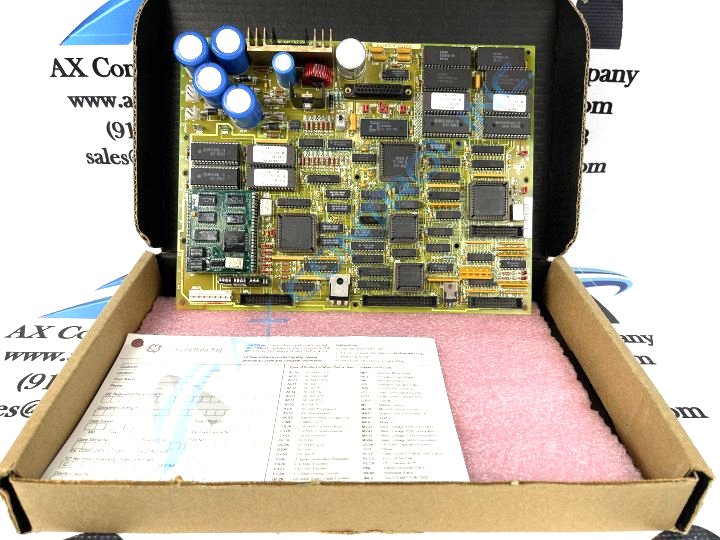 Sell Surplus: Have a DS200DMCAG1AHC to sell? Sell Now

The DS200DMCAG1AHC is a PC Interface Board made by GE for its Mark V series of Speedtronic turbine control systems. It is a legacy series and is no longer supported by GE. It may be somewhat hard to find, but AX Control does try to keep it stocked as either a new surplus or refurbished part.

The DS200DMCAG1AHC is a very large rectangular printed circuit board that contains many different components. Along the edges and corners, there are factory drilled holes that can be used to mount the board into place. Along the bottom edge are three connectors that have male pin connections. In the top, left corner of the board are a series of four blue capacitors. There are nine resistors that are scattered around the capacitors. Next to the series of four capacitors is a smaller blue capacitor that is directly next to an inductor coil. There is a female RS-232 26-pin d-shell connector that has the ability to screw into place.  Next to that is a series of large integrated circuits. Above the RS-232 connection is an integrated circuit and four resistors. Below the relays are fourteen integrated circuits and fourteen resistor network arrays. Below the inductor coil and RS-232 connector are seventeen resistors, twenty-seven integrated circuits, and four resistor network arrays. There are also a good number of diodes scattered in this section. Below the four capacitors are four more relays and a very small auxiliary daughterboard that has eight integrated circuits. There are ten resistors next to the small circuit card.

Can AX Control provide surplus (New or Used) DS200DMCAG1AHC or do they only provide repair?

We provide both New Surplus and Reconditioned surplus when available and do our best to keep them in inventory to assist with line down situations. In addition, AX Control can repair the DS200DMCAG1AHC and provide a detailed diagnosis, repair report, and warranty.

How much does the DS200DMCAG1AHC cost and what is the lead time?

Please give us a call for specific pricing based on the condition and quantity requested. In most cases, AX Control can ship within 3-5 days. If New Surplus is in stock and on the shelf we try to ship same day.

The short answer is yes. The DS200DMCAG1AHC is a later revision of the base part number. While many GE General Electric Mark V boards are backwards compatible, we ask that you check with us prior to purchasing a revision other than what you are replacing in your application.

Our highly skilled technicians can repair your DS200DMCAG1AHC. All of our repairs come with a 3 Year AX Control Warranty. Please contact us for additional information about our repair process. To receive the repair pricing and lead time listed above please process your repair order via our website. The following repair options may be available upon request: