Sell Surplus: Have a DS200DMCAG1 to sell? Sell Now 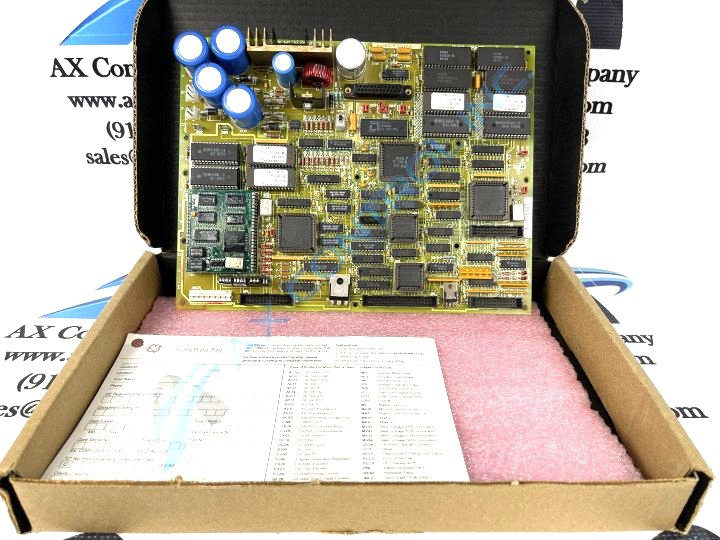 Sell Surplus: Have a DS200DMCAG1 to sell? Sell Now

The DS200DMCAG1 is a GE board component designed for use within the Mark IV Speedtronic system.  The Mark IV was the first of the Speedtronic systems to use triple modular redundant control, which reduced downtime caused by equipment issues through the use of secondary and tertiary backup systems on all critical controls and protection parameters. The DS200DMCAG1 is no longer manufactured by GE but can be purchased from AX Control as a remanufactured unit or as liquidated new-used stock.

The DS200DMCAG1 is a DMCA Interface board.  This is a rectangular shaped board with drill holes at each corner, at the center of each edge, and at the center of the board.  The is marked for alignment along two edges and also carries the GE logo and multiple codes.  It has four male and one female vertical cable connectors along with several vertical pin header connectors.   The board also has several stab-on connectors.

More information about this board may be found through GE publications like user guides, data sheets, and product manuals.  GE provided these to users with their OEM purchase.

Our highly skilled technicians can repair your DS200DMCAG1. All of our repairs come with a 3 Year AX Control Warranty. Please contact us for additional information about our repair process. To receive the repair pricing and lead time listed above please process your repair order via our website. The following repair options may be available upon request: