Sell Surplus: Have a DS200AAHAH1ADC to sell? Sell Now 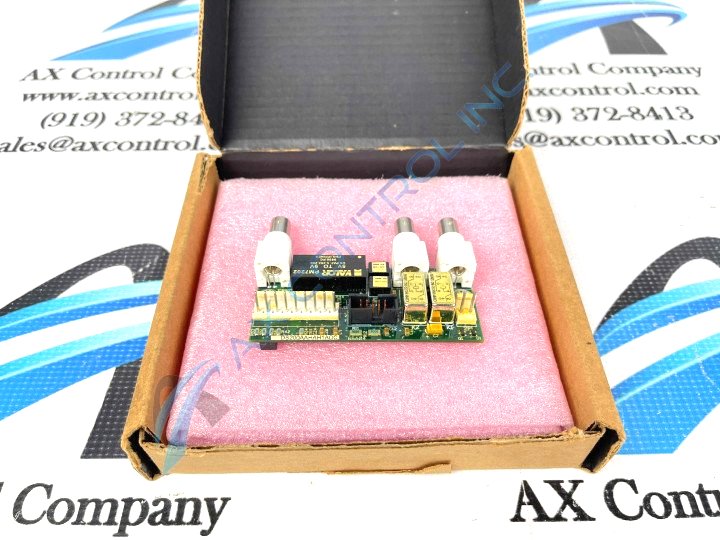 Sell Surplus: Have a DS200AAHAH1ADC to sell? Sell Now

The DS200AAHAH1ADC is an ARCNET Connection PCB. It was originally produced and sold by GE as a part of their Mark V LM series of components for the Speedtronic line.

The DS200AAHAH1ADC is often referred to as an AAHA board. It typically acts as an interfacing unit between different I/O cores or external modules to the <R> Control Engine. It gives these interfacing units access to the ARCNET. There are normally two AAHA boards that are used with the <R> core. The first AAHA board acts as a connection between user interfaces and the <R> core. There is an APL connector on the AAHA that links it to the UCPB daughterboard that is in the <R> core on the UCIA board. The second AAHA board acts as a way to connect the <R> core to the COREBUS. It facilities active communication between the I/O cores and the <R> Control Engine which is in the <R> core. The APL connection on this AAHA connects to a PANA daughterboard.

The DS200AAHAH1ADC is a very small daughterboard that has a total of three communication ports on the top side. The far-left port is an EBNC port that isn’t often used. Next to the EBNC are the ARCBNC-B and ARCBNC-A ports. These two ports are connections to the ARCNET. On the bottom of the board are three pin connectors. The first pin connector is a 2-pin 2PL jack. In the center of the bottom edge is the 10-pin APL jack. Next to the APL is a 9-pin EPL jack that is also not used very often.

How many BNC connectors does DS200AAHAH1ADC have?

DS200AAHAH1ADC has two BNC connectors for ARCNET communication. Two are installed in < R > where DS200AAHAH1ADC is located for Stage Link connection to the HMI and for the COREBUS connections to the I/O cores.

Does AX Control sell or repair the DS200AAHAH1ADC ArcNet Card?

Both. We sell both New and Refurbished DS200AAHAH1ADC boards when available and offer flat pricing on inhouse repair. Please contact AX Control today for quotation, lead time, and warranty.

Our highly skilled technicians can repair your DS200AAHAH1ADC. All of our repairs come with a 3 Year AX Control Warranty. Please contact us for additional information about our repair process. To receive the repair pricing and lead time listed above please process your repair order via our website. The following repair options may be available upon request: