The DS3820PSWA1C1A is a power supply from GE 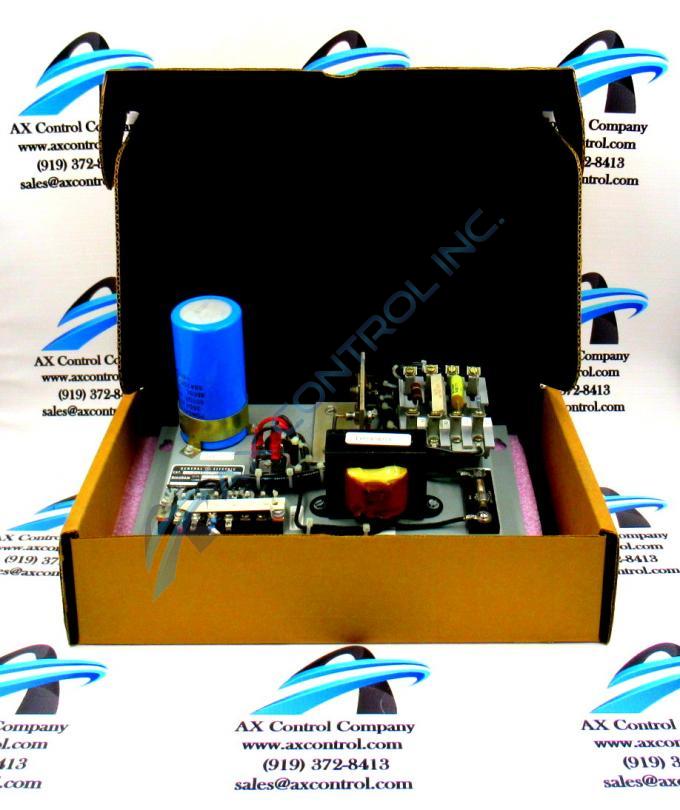 The DS3820PSWA1C1A is a power supply from GE

The DS3820PSWA1C1A is a power supply designed as a component for GE’s Mark IV series.  The Mark IV was GE’s third commercial (readily available) steam/gas turbine management system, preceded by the MKI and the MKII.  The MKIV is designed around interconnected microprocessors which independently and continuously monitor the system for issues such as high pressure, vibration, loss of flame, and over temperature.  The MKIV uses a triple redundant configuration to carry out all diagnostics, where two out of three computer systems must ‘vote’ the same way to carry out any particular decision, such as a trip command.  In this way, the MKIV increased reliability and decreased turbine outage time as compared to earlier Speedtronic systems.

The DS3820PSWA1C1A is a small board.  Due to its C1 component, however, it is vertically heavy. C1 is a 300VDC capacitor that stands as tall as the board’s short dimension.  This component is reinforced with a collar clamp at its base that screws to the board. The board also has one 708A1 polyester vinyl capacitor (200V +/- 10%.)  It also has three resistors (one CCR or carbon composite resistor, one metal film resistor, and one wire wound resistor.) A single fuse is positioned near the bottom corner.  All of these smaller components connect to the board via quick-connect screw mounts.

The DS3820PSWA1C1A includes one terminal block with six double screw terminals.  Each wire that terminates at this point is black, but the wires attached to the first three blocks are tipped in red, white and blue.

The DS3820PSWA1C1A is designed with tophat flanges on each short end of the board.  Each of these has two screw mounts cut into its surface.

Our highly skilled technicians can repair your DS3820PSWA1C1A. All of our repairs come with a 3 Year AX Control Warranty. Please contact us for additional information about our repair process. To receive the repair pricing and lead time listed above please process your repair order via our website. The following repair options may be available upon request: