The DS3820PSFF1B is an AC Input Module from GE

Sell Surplus: Have a DS3820PSFF1B to sell? Sell Now 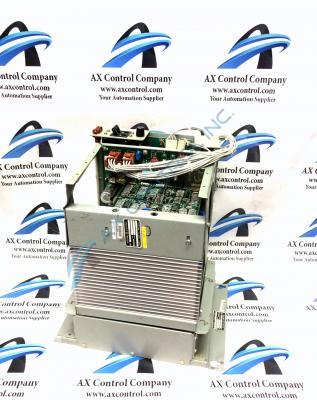 The DS3820PSFF1B is an AC Input Module from GE

Sell Surplus: Have a DS3820PSFF1B to sell? Sell Now

The DS3820PSFF1B from GE is an AC Input Module for the Mark IV series.  This series is designed for gas/steam turbine management and replaced the earlier MKI and MKII Speedtronic series in 1982 as GE’s primary turbine management system for gas and steam.   The MKIV has several integrated platforms run by microprocessors. These monitor turbine performance around the clock, making adjustments as necessary. The MKIV has a higher reliability rate and a lower turbine outage rate as compared to the MKI and MKII.

The DS3820PSFF1B has been built using several DS3800 boards, along with several additional components.  These are built into a metal housing. Most boards are mounted using metal screws to the inside of the housing.  However, the DS3800XTFP board is mounted to the outside of the frame. This board is built with a single six-pin header and eight twelve-pin connectors.  The board is screwed to the exterior of the frame using four metal screws.

The frame of the DS3820PSFF1B has multiple openings.  The openings are designed to allow heat to dissipate. They also allow technicians access to the interior of the module.  The frame has three components built into its top edge. These components are one fuse, one circuit breaker, and one four-pin (female) plug.   The boards on the interior of the frame may be mounted right side up or upside down. They may be mounted vertically or horizontally.

Boards on the interior of the DS3820PSFF1B use many components.  These include wire-wound, carbon composite, and metal film resistors,  capacitors of various materials, including very large through-hole capacitors, potentiometers, transformers, and high current inductors.  The boards have heat sinks, transistors, integrated circuits, LEDs, male and female headers and connectors, toggle switches, and TP test points.

The DS3820PSFF1B will be carefully packed and protected with a static-reducing covering before it is shipped to your facility.  If OEM paperwork is still available, it is recommended technicians review manuals or datasheets before installation begins. All technical support for the DS3820PSFF1B was provided by GE.

Our highly skilled technicians can repair your DS3820PSFF1B. All of our repairs come with a 3 Year AX Control Warranty. Please contact us for additional information about our repair process. To receive the repair pricing and lead time listed above please process your repair order via our website. The following repair options may be available upon request: