The DS3820PSCB1A1A is a power supply from GE 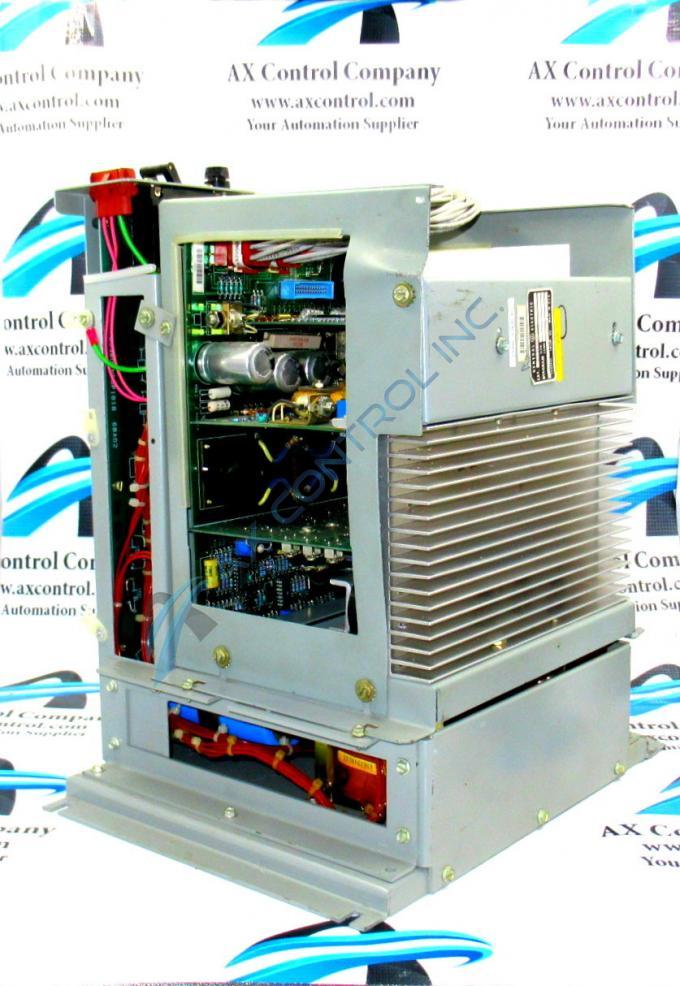 The DS3820PSCB1A1A is a power supply from GE

The DS3820PSCB1A1A is fabricated as a power supply for GE’s Mark IV series.  The MKIV manages gas/steam turbine systems and is built on a framework of integrated microprocessors making use of distributed control functions.  These microprocessors can protect the turbine system from issues like over temperature and over speed, and can also automate procedures like temperature control, control sequencing, and shutdown.

The DS3820PSCB1A1A is rated as a  +5V, +/-15V supply. It is several DS3800 boards built into a rectangular housing with additional components.  The top of the housing has three components built into it. These components include a circuit breaker (labeled CB1,) a 4-pin female jack (labeled JH,) and a fuse (labeled P28.)  Most boards are mounted inside the housing, but one (DS3800XTFP) is screw-mounted to the outside of the frame. This board is populated by eight 12-pin connectors and one 6-pin header connector.

The frame of the DS3820PSCB1A1A has been drilled to allow for the mounting of components and PCBs.  The frame is designed with multiple openings to allow access to the interior of the module and to also dissipate heat by the use of air circulation.  The housing is built with several flanges, which also have screw mounts and slots cut.

The DS3820PSCB1A1A has multiple boards used in its interior.  Components on these boards include transistors, transformers, jumpers, LEDs, inductors, potentiometers, male and female header connectors, amplifiers, toggle switches, integrated circuits, test points, and quick-connect screw mounts.  Most boards have diodes, resistors, and capacitors. Several boards are populated with large through-hole capacitors, including Sprague aluminum can capacitors marked 674D 384. The lowest interior board is mounted upside down.

Most wires used in the DS3820PSCB1A1A have been clipped together using cable ties.  Some are labeled with corresponding part information.

The DS3820PSCB1A1A had technical support provided by GE.  This includes publications like manuals and datasheets.

Our highly skilled technicians can repair your DS3820PSCB1A1A. All of our repairs come with a 3 Year AX Control Warranty. Please contact us for additional information about our repair process. To receive the repair pricing and lead time listed above please process your repair order via our website. The following repair options may be available upon request: