The DS3820PSCB is a power supply from GE

Sell Surplus: Have a DS3820PSCB to sell? Sell Now 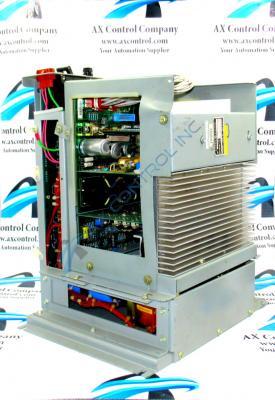 The DS3820PSCB is a power supply from GE

Sell Surplus: Have a DS3820PSCB to sell? Sell Now

The DS3820PSCB is a power supply unit from GE for their Speedtronic Mark IV series.  The MKIV manages steam and gas turbines and is built on integrated microprocessors using distributed control functions to protect the turbine from such things as high pressure, vibration, fire, and loss of flame.  It can also automate standard procedures like start-up and shut down.

The DS3820PSCB uses several DS3800 series boards in a rectangular metal housing built with multiple cutouts.  These cutouts are designed to allow technicians access to the boards within but also allow for air circulation and heat dissipation.   The frame has been drilled at several points to allow for the mounting of PCBs or other components. Slots, holes, and screw mounts have been cut into several flanges to allow for the mounting of the module to other modules.   The top of the frame includes one four-pin female connector, one circuit breaker, and one fuse. The edge of the frame is marked ‘enable/disable.’ This marking corresponds to a toggle switch mounted on an interior PCB.

The interior boards of the DS3820PSCB have many components.  This includes many male and female headers and PCB mating connectors, toggle switches, light emitting diodes, potentiometers, jumper switches, transformers, amplifiers, several larger capacitors, inductors, and quick-connect screw mounts.  It is worth noting the bottom horizontal board is mounted with all components facing downward.

One board is mounted on the exterior of the housing.  This board (a DS3800XTFP) has one 6-pin male header and eight 12-pin female connectors.  It is connected to the housing by metal screws mounted through factory drilled holes.

Most wires in the DS3820PSCB have been gathered and clipped together using cable ties.  Many have been marked and labeled with information on the components or boards they connect to.

All technical support for the DS3820PSCB was provided by GE.  This includes datasheets and manuals.

Our highly skilled technicians can repair your DS3820PSCB. All of our repairs come with a 3 Year AX Control Warranty. Please contact us for additional information about our repair process. To receive the repair pricing and lead time listed above please process your repair order via our website. The following repair options may be available upon request: