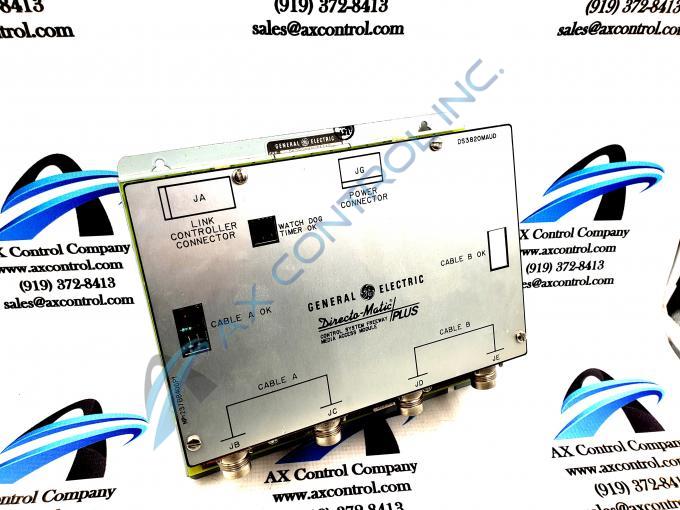 The DS3820MAUD1B1A is a PCB and HMI combination designed as a component for GE’s Mark IV.  The Mark IV is used for gas/steam turbine management and is built around several microcomputer-based systems that work together to monitor the turbine continuously with intentional redundant backups on all critical controls and parameters.  These intentional redundancies within the system increase reliability and minimize the overall turbine outage rate when compared to GE’s earlier Speedtronic systems.

The specifications of the PCB are:

DS3820MAUD1B1A had technical support provided by GE.  This included manuals and datasheets.

Our highly skilled technicians can repair your DS3820MAUD1B1A. All of our repairs come with a 3 Year AX Control Warranty. Please contact us for additional information about our repair process. To receive the repair pricing and lead time listed above please process your repair order via our website. The following repair options may be available upon request: