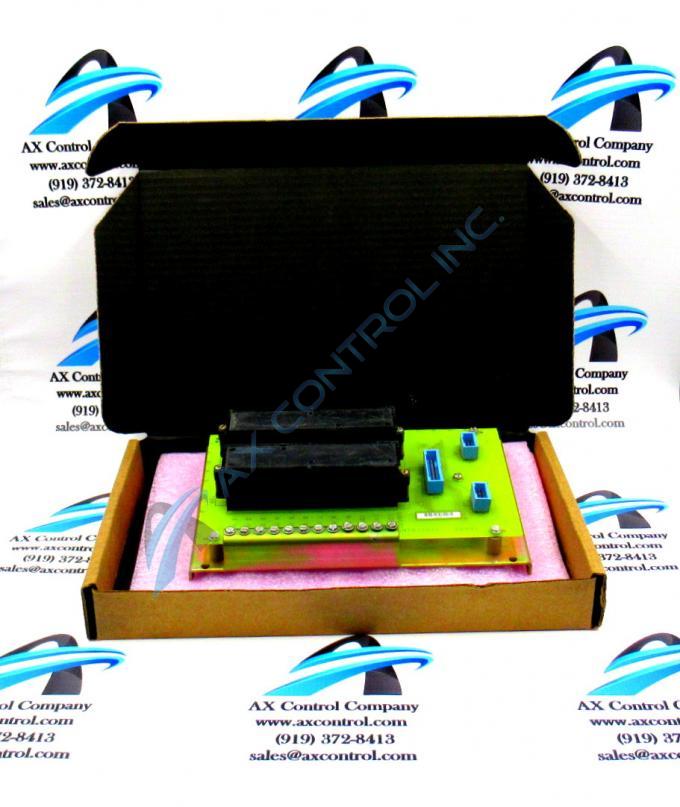 The DS3820LLTA1A1A is a GE Mark IV board component.  The Mark IV Speedtronic system was the first of these gas and steam turbine management systems to offer a triple modular redundant design.  This type of design uses a majority-voting system to produce one output to mask and correct faults that are often caused by a minor hardware issue.  The MKIV significantly reduced downtime over its precursor, the MKII.   The DS3820LLTA1A1A and other MKIV board components can be purchased from AX Control as reconditioned units.  Our company also sells liquidated never-used stock.

The DS3820LLTA1A1A is a small circuit board that is mounted to a metal carrier via four standoffs connected with screws through drill holes located in the corners of the board.  The metal carrier, which is slightly larger than the circuit board, has two downward facing flanges on its short edges.  The carrier is drill mounted near each corner to allow for screws or other hardware to be added.    The DS3820LLTA1A1A board only has a few components mounted to its surface.  These include three vertical pin cable connectors and two terminal strips with covers that are placed parallel to each other on the board’s surface.  The metal carrier also has its own terminal strip that extends from its surface up and over the edge of the attached circuit board.  This strip has twelve screw connections.

GE technical support products like data sheets, user guides, and manuals will provide more information about the DS3820LLTA1A1A.    General Electric was responsible for all technical support for the Mark IV series.

Our highly skilled technicians can repair your DS3820LLTA1A1A. All of our repairs come with a 3 Year AX Control Warranty. Please contact us for additional information about our repair process. To receive the repair pricing and lead time listed above please process your repair order via our website. The following repair options may be available upon request: