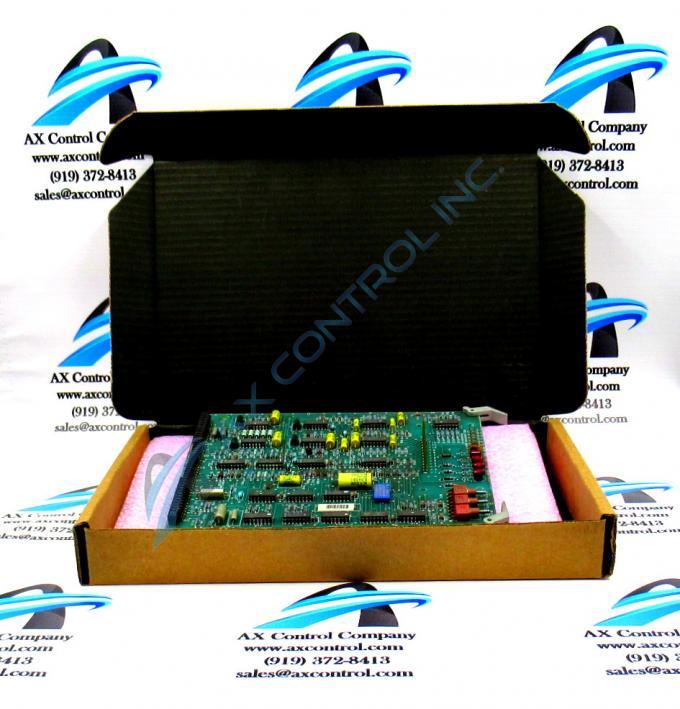 The DS3800NVIA1B1B is a Mark IV regulator speedtronic circuit board. The Mark IV was the first Speedtronic system that used microprocessors, and it was the first to offer a system that used multiple controllers working together to vote on all outputs to increase reliability (TMR architecture.)   While the Mark IV Speedtronic system has been in legacy status for many years now and is no longer supported by General Electric, our company maintains on-hand stock of many of the needed components for this and other GE Speedtronic systems.   Please be sure to order an exact duplicate of your current board to ensure compatibility; we often have more than one version of a board in stock that may be similar but not identical to your current component.

The DS3800NVIA1B1B plugs into the rack system using the long backplane located on its left short edge.   On the opposite right short edge, the board is populated with three toggle switches, five LED indicators, seven TP test points, extractor clips, and standoffs.   The standoffs allow users to install a secondary auxiliary board if they desire, and correspond to a line of twelve vertical pins located on the board’s surface which also interface with the auxiliary board.   Extractor clips help pull the board from its location during maintenance or replacement, and also offer a place to hold the board during installation.   TP test points are typically used at the factory only.   Each LED is individually labeled.  There are 4 red and one yellow LED.   The toggle switches are also individually labeled.  Since there is no attached faceplate, the LEDs and toggle switches will be available after the board is installed.

Other board components include an Augat connector, several integrated circuits, transistors, resistors, capacitors, and diodes.  Most components are marked with a reference designator and may also carry a code from their original manufacturer.  Refer to GE Manuals for more information.

Our highly skilled technicians can repair your DS3800NVIA1B1B. All of our repairs come with a 3 Year AX Control Warranty. Please contact us for additional information about our repair process. To receive the repair pricing and lead time listed above please process your repair order via our website. The following repair options may be available upon request: