The DS3800NSCD1B1D is a printed circuit board from GE 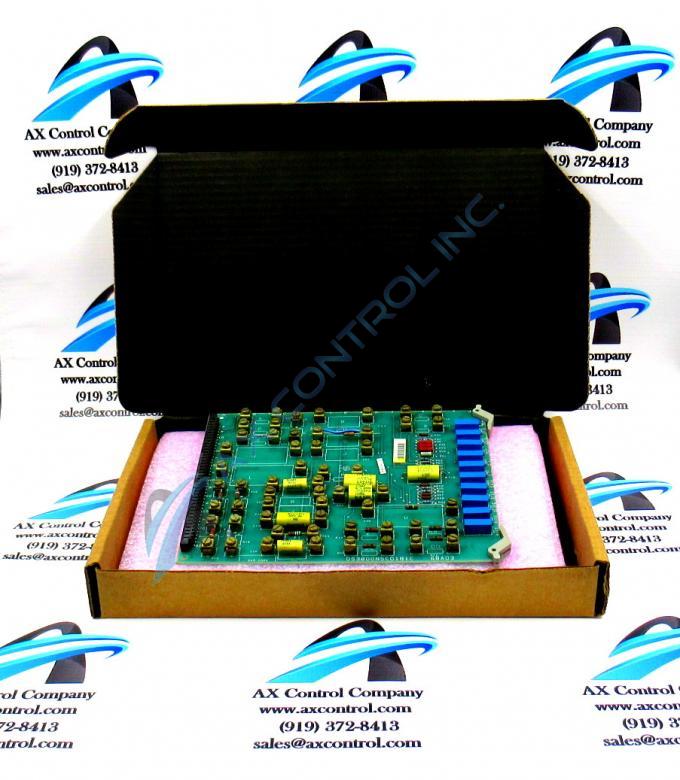 The DS3800NSCD1B1D is a printed circuit board from GE

GE manufactured the  DS3800NSCD1B1D as a component for their Mark IV series.  It is designed to function as a Speed/current card. The Mark IV, which manages gas/steam turbines, has triple-redundant backups to minimize downtime.

The  DS3800NSCD1B1D is primarily a card full of quick-connect screw mounts. The card includes 28 pairs of these connectors.  All are marked for the components they require, and many have also been otherwise labeled. For example, C13 is also labeled “N,” and C50 is also labeled “R.”   The board has a minimal number of through-hole components, but these include two polyester vinyl capacitors at C18 and C19. Both capacitors are marked m/e 200V 1.0 +/- 10% 708A1.    The board also has nineteen through-hole resistors. The resistors are both metal film and carbon composite.

The  DS3800NSCD1B1D has ten rotary potentiometers.  Potentiometers are designed for voltage division.  Each of these components may be individually set. Each has its own label.  Starting from the bottom right corner, they are labeled: Aux 2, Aux 1, CL Slope, CL Bias, Curr Gain, Fwd CL, Rev CL, Ref, Spd Gain, and Spd Fdbk.  There is also one test point above these potentiometers. It is labeled “tst.”

The  DS3800NSCD1B1D has an extractor clip added to each right corner. Extractors aid technicians in the movement of the board (whether this is insertion or extraction,) by giving them a lever point or a handle, which allows them an option other than the board itself to hold on to as they manipulate it in or out of place.

All technical support for the  DS3800NSCD1B1D was provided to the user by GE.  This included data sheets and manuals.

Our highly skilled technicians can repair your DS3800NSCD1B1D. All of our repairs come with a 3 Year AX Control Warranty. Please contact us for additional information about our repair process. To receive the repair pricing and lead time listed above please process your repair order via our website. The following repair options may be available upon request: