The DS3800NHVE1C1C is a printed circuit board by GE 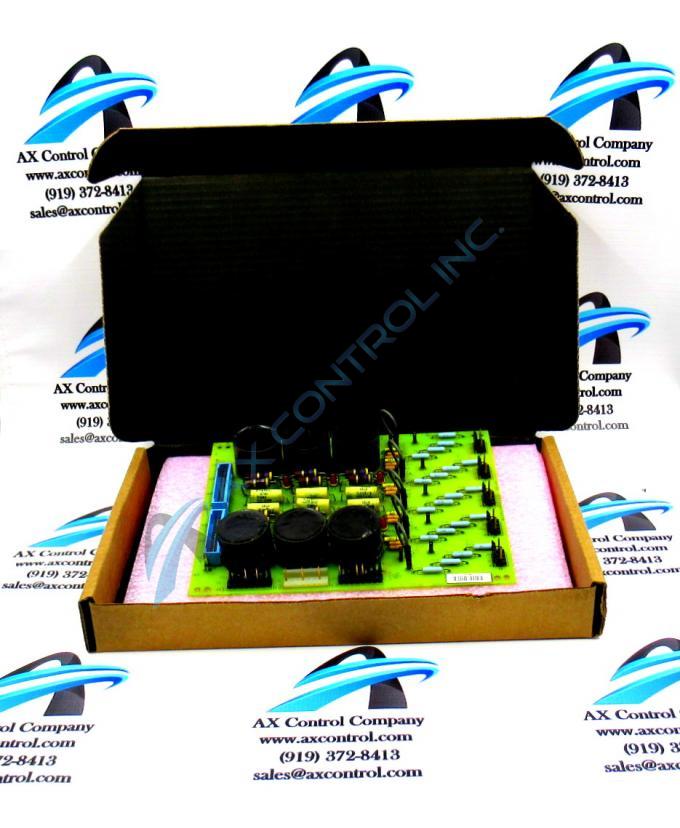 The DS3800NHVE1C1C is a printed circuit board by GE

The DS3800NHVE1C1C was developed by GE as a Hi HP board for the Mark IV system. The Mark IV, which was designed to manage gas and steam turbine systems, can automate some procedures in those systems for more efficient management, such as start-up and cool down. It can also be used to monitor water, air and fuel emissions.

The DS3800NHVE1C1C is built around six Bicron (218A4886 P1) transformers. These are placed in two lines of three on the left side of the DS3800NHVE1C1C. In the space between the transformers, the board holds six 100V 2.0 +/- 10% capacitors made of polyester film and twelve banded (gold, black, purple, yellow) CCR carbon composite resistors. There are also several smaller resistors and diodes placed in this area, along with six light emitting diodes (LEDs.)

The edges of the DS3800NHVE1C1C are taken up by two male communication connectors, both labeled 218A4807P4, and eleven straight-pin headers. This includes three 3-pin eight position headers top and bottom, and five 2-pin four position headers to the right.

Other components placed on the DS3800NHVE1C1C include five jumper switches that can sit at H or B and six contact points. The board is alignment-marked and factory-drilled, including once at the center. It is marked with the codes 6DA0l and 6BA0l. All components are labeled.

Information such as installation guidelines and safety procedures for the DS3800NHVE1C1C may be found within manuals or data sheets referencing that part. GE provided all technical support for this and other Mark IV products, including the distribution of technical publications.

Our highly skilled technicians can repair your DS3800NHVE1C1C. All of our repairs come with a 3 Year AX Control Warranty. Please contact us for additional information about our repair process. To receive the repair pricing and lead time listed above please process your repair order via our website. The following repair options may be available upon request: