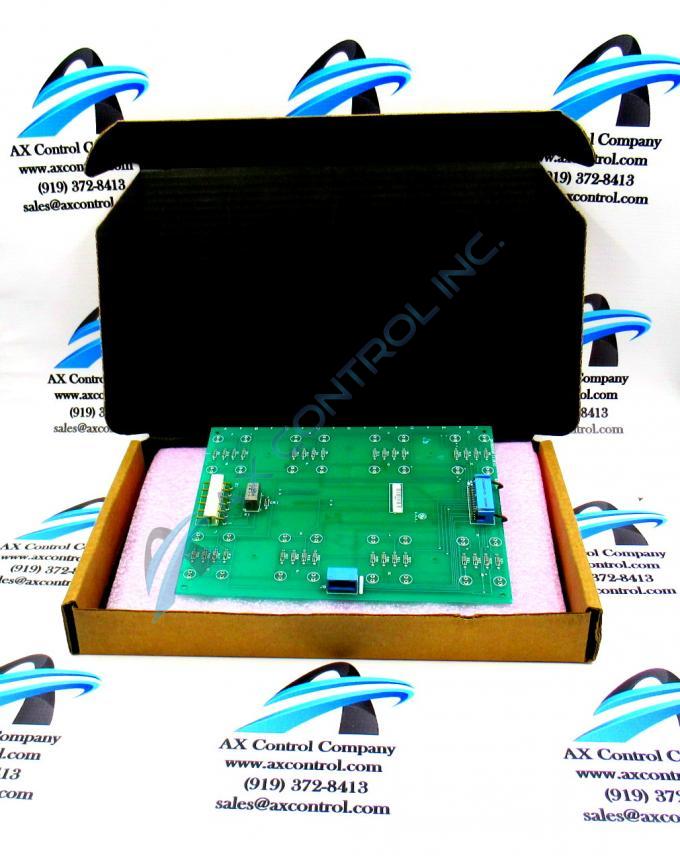 The DS3800NFIA1B1C contains on its surface many different circuit board components. Arranged around the board are groups of resistors arranged in vertical lines of four. Each resistor is banded with blue bands in different shades. These resistors are identifiable by the letter R. The thirty-two (32) resistors are named R1 to R32. Placed to the right side of the DS3800NFIA1B1C is a small connector port which is blue and named JB. Another larger connector port is placed on the top of the DS3800NFIA1B1C in the center. This connector port is also blue and is called JA. Situated near the bottom of the DS3800NFIA1B1C is a relay. Another name for a relay is a contactor. This relay is silver and shaped like a rectangle. The relay is identifiable by the designator K and is named K1. Placed directly above the relay, near the bottom of the board in the center, is a single small diode which is orange in color. This diode is identified by the designator CR and is called CR1. The circuit board’s part number is printed in full on the top of the board on the left side. The full part number is DS3800NFIA1B1C. The letters A to J are listed on the left side of the circuit board. Also located around the DS3800NFIA1B1C are the letters A to S.

Our highly skilled technicians can repair your DS3800NFIA1B1C. All of our repairs come with a 3 Year AX Control Warranty. Please contact us for additional information about our repair process. To receive the repair pricing and lead time listed above please process your repair order via our website. The following repair options may be available upon request: