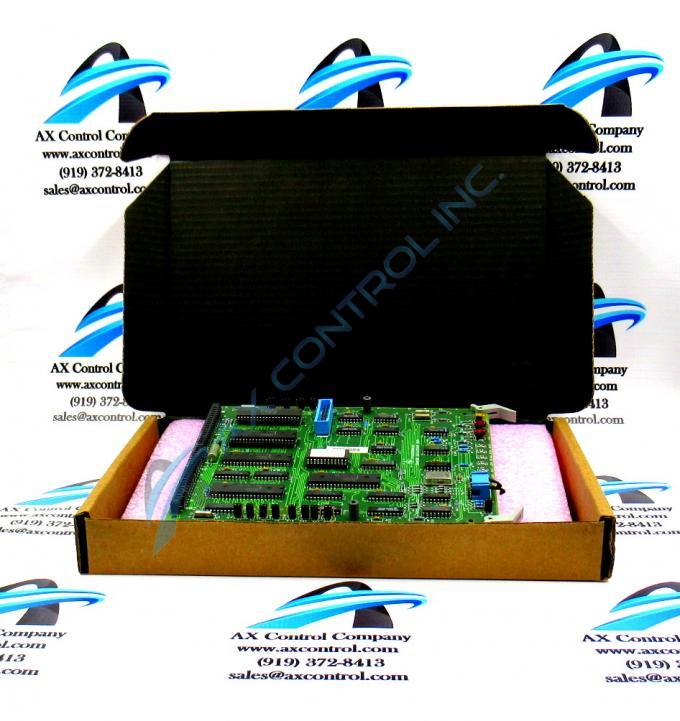 DS3800HSHA1B1A is a circuit board by made by General Electric. DS3800HSHA1B1A was made to be part of the Speedtronic Mark IV series. The Mark series was developed to control gas and steam turbines. Since the introduction of the Mark I system in the 1960s, turbine operators have relied on Mark products to ensure the most efficient and safe operation of turbines for decades.

Many different electronic components are featured on the board. A jack connector port takes up the entire length of the left side of the board. Another smaller connector port is placed on the board's opposite side. Additional components or another board can be connected to the DS3800HSHA1B1A if necessary using these connectors. A single mid-sized blue capacitor is placed next to the bigger connector port. Twenty-five integrated circuits in varying sizes are placed throughout the board. Very small resistors, capacitors and diodes are featured on each single integrated circuit chip. On both the upper and lower edges of the board are rows up jumper pins with red jumpers. Dispersed around the board are small yellow capacitors and striped resistors in various colors. Seven test points are situated on the right border of the board labeled with names like RST, DSYNC, COM, SYNC and DATA. Three light-emitting diodes, or LEDs are right next to the test points, two of which are red and the third which is orange. A few silver diodes can also be found around the board.

AX Control ships all products in packaging which protects the user from static shock when opening.

Our highly skilled technicians can repair your DS3800HSHA1B1A. All of our repairs come with a 3 Year AX Control Warranty. Please contact us for additional information about our repair process. To receive the repair pricing and lead time listed above please process your repair order via our website. The following repair options may be available upon request: