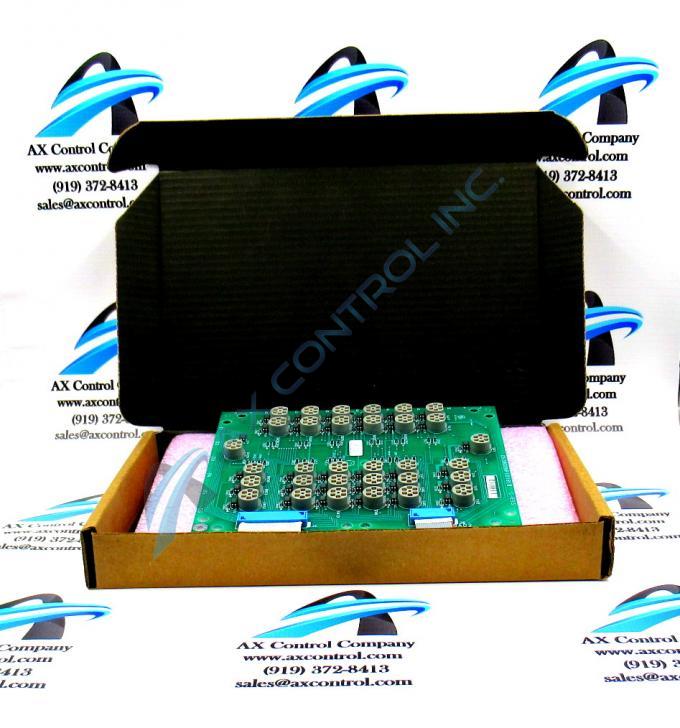 The DS3800HPID1B1B is a featured in the Speedtronic Mark IV series by GE. The Speedtronic Mark IV series is used to power gas turbines. An interface panel sometimes referred to has an HMI (human machine interface), allows the worker to quickly set up and start a variety of different controls for the turbine to do, as well as monitor for any issues going on within the unit.  Gas turbines are extensively used equipment to generate power. It is an internal combustion engine which mixes air and fuel to produce a combination of hot gases that causes the turbine to move. These turbines and the engines that move them are controlled by a large series of big and small intricate circuit boards that all work together to tell the turbine what to do and when. This particular board is considered an interface panel circuit boardThe DS3800HPID1B1B has ten large holes around the outside of the board and four small holes in each corner of the board. These holes are used to connect the board to the existing system. The DS3800HPID1B1B has two ribbon harnesses. One is larger than the other. The DS3800HPID1B1B has thirty-one diodes along thirty-one small black squares. There are thirty-two clear orange diodes. The DS3800HPID1B1B also has thirty-two circular female ports with six holes on the top. Near the larger ribbon harness is a short grey wire with a circular tab on the end. Each piece is individually labeled.

Please call the skilled and friendly staff at AX Control for a quote today.

Our highly skilled technicians can repair your DS3800HPID1B1B. All of our repairs come with a 3 Year AX Control Warranty. Please contact us for additional information about our repair process. To receive the repair pricing and lead time listed above please process your repair order via our website. The following repair options may be available upon request: