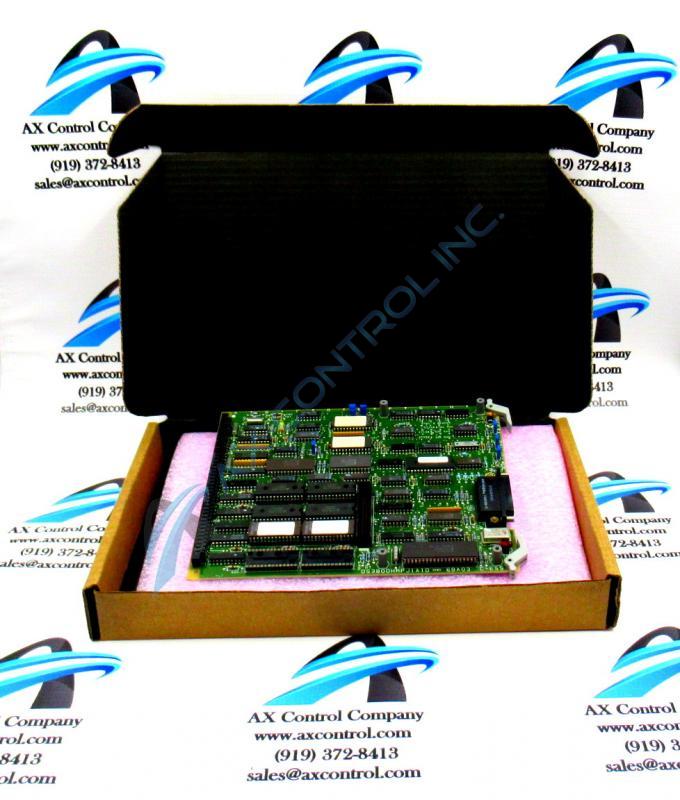 The DS3800HMPJ1A1A is a printed circuit board (PCB) designed as part of the Mark IV Speedtronic control system.  The Mark IV,  used for controlling industrial gas and steam turbine systems, was a significant step forward in the development of a reliable turbine control system as compared to earlier Speedtronic systems due to the MKIV’s triple modular redundant architecture.  This change in design using redundant and duplicate processors increased reliability and decreased downtime as compared to previous General Electric turbine control systems.

The DS3800HMPJ1A1A typically carries the board ID, several codes, and is marked along the upper edge with alpha codes and symbols to aid with proper alignment.   The leading edge of the board has two LED indicators mounted to its surface.  One of these is a yellow LED while the other is red.   This edge also includes several TP test points, three jumper switches, and a right-angled cable connector.  Factory-drilled holes have extractor clips mounted within them to aid with the installation and removal of the board.

Other board components include resistor network arrays, capacitors, resistors, over fifty integrated circuits of various design, and a vertical pin connector.  There is also a backplane connector located on the rear edge of the board.  Most of these components are marked with some kind of reference designation.  Many components also carry other codes from their original manufacturers.

Installation, handling, and maintenance information can be sourced through original documentation from General Electric.  If you no longer have your original manuals or user guides, let us know; we may be able to help with replacements.

Our highly skilled technicians can repair your DS3800HMPJ1A1A. All of our repairs come with a 3 Year AX Control Warranty. Please contact us for additional information about our repair process. To receive the repair pricing and lead time listed above please process your repair order via our website. The following repair options may be available upon request: