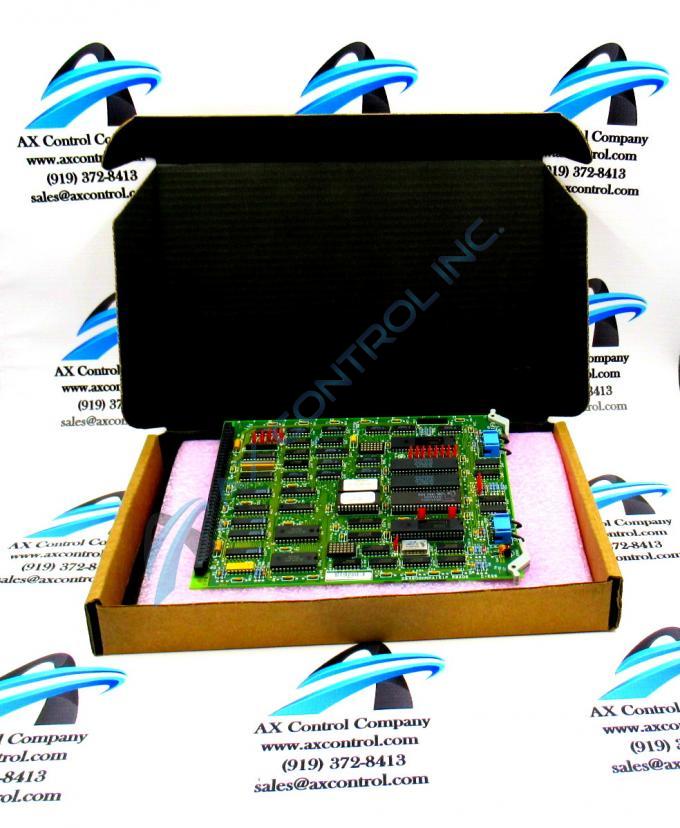 The DS3800HMHA1E1F is designed to act as an MH controller.  The board is relatively small, weighing 0.63 pounds.  It is fitted with two extractor clips along its front edge.  These clips help technicians in both the installation and removal processes by giving a pivot point to pull the board out of rack systems while providing a safe place to hold the board during maintenance and replacement.   The front edge includes right-angled connectors for cable connections as well as three LED indicators.  These indicators are yellow (1) and red (2).

The rear edge of the board is taken up by a single backplane connector.  This allows the board to communicate with other components within the system.  The board itself is populated by integrated circuits of various designs.  Most of these are marked with their original factory numbers.  It also has capacitors, resistors, diodes, resistor network arrays, and many jumper switches.   The board can be customized through jumper settings.  Please see the original General Electric manuals and user guides for more details.

Our highly skilled technicians can repair your DS3800HMHA1E1F. All of our repairs come with a 3 Year AX Control Warranty. Please contact us for additional information about our repair process. To receive the repair pricing and lead time listed above please process your repair order via our website. The following repair options may be available upon request: