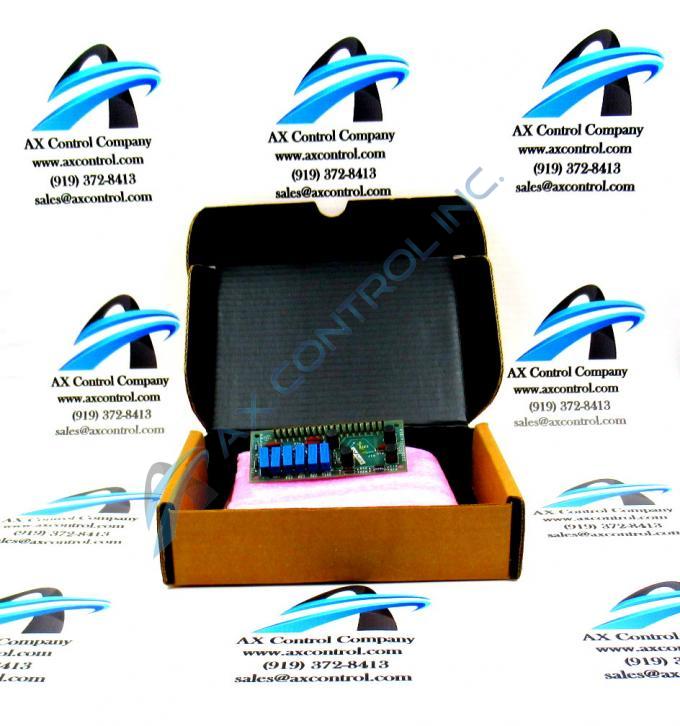 The DS3800DRFA1B1A is a daughter board by General Electric. It is part of the Speedtronic Mark IV line for turbines. The DS3800DRFA1B1A is a miniature sized board in the Speedtronics line. The DS3800DRFA1B1A's function is as a regulator board. A regulator boards purpose is to regulate the flow of energy and keep it at a steady voltage as the machine as a whole runs. The board features many different pieces that work together as a whole. The board has many diodes of several different colors. The colors were blue, grey, maroon, and dark red. The circuit board also has a line of gold-toned terminals with corresponding silver dots on either side of the terminals. These silver dots allow for a current to pass through it. There are two sets of terminals with flat head screws. One set has a grey resistor hung between it. The other doesn't have anything, but it can be used to hold wires of other resistors.

The DS3800DRFA1B1A features a few resistors. Three are blue in color and one is grey. Each having a unique multicolored banding to identify its voltage capacity.

There are also six dark blue boxes with tiny screws on the front faceplate. These boxes are called Potentiometers. The Potentiometers' tiny screws allow for each one to be adjusted accordingly to change how much energy flows through the board at any given time.

There are connecting points in each corner of the DS3800DRFA1B1A board to allow it to be connected with plastic anchors.

The board is labeled with letters and numbers for each component to help identify each component. Stamped on the board is the part number DS3800DRFA1B1A and GE's stamp with U.S.A. underneath to show where it was made.

Our highly skilled technicians can repair your DS3800DRFA1B1A. All of our repairs come with a 3 Year AX Control Warranty. Please contact us for additional information about our repair process. To receive the repair pricing and lead time listed above please process your repair order via our website. The following repair options may be available upon request: