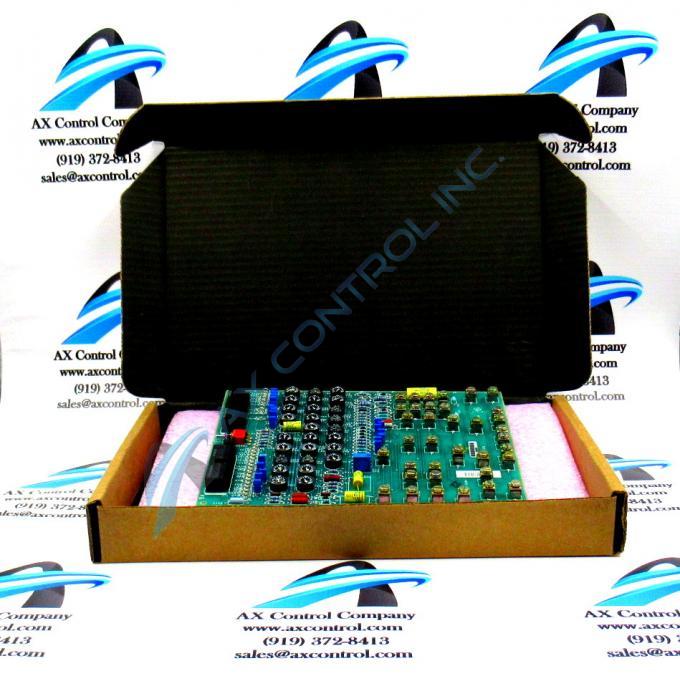 The DS3800DGRD1C1A is an auxiliary board created by GE for their Mark IV turbine control series.

The DS3800DGRD1C1A board has several capacitors of varying sizes, including 100 volt and 80 volt capacitors. Half of the auxiliary board is taken up by several black potentiometers, or adjustable resistors, often marked with the lowest and highest settings in Ohms. The DS3800DGRD1C1A auxiliary card has a series of jumper pins with blue jumpers, which allows the operator to alter the functions of the board. On the DS3800DGRD1C1A board is a variety of small striped resistors and diodes in varying colors as well as many solid resistors and diodes. The board has black connector ports along the side. The board has two switches labeled with SW1 and SW2--one red and one black--between the two connector ports. The DS3800DGRD1C1A has a line of test points beside the jumpers. Several square capacitors are located on one side of the board.

The Speedtronic Mark IV System was created from the development of the earlier Speedtronic Mark I and Mark II systems. The early Mark series’ were based on turbine control automation and the sequencing and protection of turbines have been developed over several decades. The Mark IV system is the product of decades of creating and perfecting new technologies. The Mark IV turbine system was created to fulfill the requirements of controlling turbines, including the control of fuels, within the requirements of speed and load control.

The DS3800DGRD1C1A will be shipped in a static bag will dissipate any static energy before opening for the safety of the user.

Our highly skilled technicians can repair your DS3800DGRD1C1A. All of our repairs come with a 3 Year AX Control Warranty. Please contact us for additional information about our repair process. To receive the repair pricing and lead time listed above please process your repair order via our website. The following repair options may be available upon request: