The IC3600TPSA1G1B is a GE FANUC printed circuit board 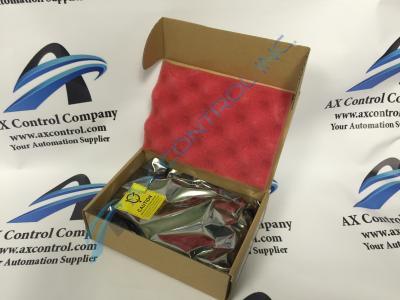 The IC3600TPSA1G1B is a GE FANUC printed circuit board

The IC3600TPSA1G1B is a component for the Mark I or the Mark II series from GE.  These series, which were the original Speedtronic gas/steam turbine management series, were released by General Electric in 1969 and 1973 respectively.  Both systems focused on creating an easy-to-use management system that would utilize the newest technology available at the time to improve the reliability and efficiency of heavy-duty turbines no matter the size or complexity of the application the turbine/turbines were used in.  The Mark I/Mark II focused their design on four major parts: control, protection, sequencing, and power supply.  While these systems are now considered obsolete due to the release of newer Speedtronic systems (MKIV/MKV/MKVI,) the MKI and MKII are still in use by facilities in many locations.

The  IC3600TPSA1G1B is a Single Phase Power Supply.  The board is populated with a communication device made of twenty-six individual metal pins.  It has a single potentiometer, which may be used to calibrate circuits. The board is built with seven capacitors of varying materials, including polyester vinyl(one,) aluminum electrolytic (four,)  and ceramic (two,) Two of the electrolytic capacitors are marked 25v 20 μf.  The other capacitors of this material are from Sprague, and are marked  D46188 +85 Celsius 34D 700μf 25 VDC.

The  IC3600TPSA1G1B has ten transistors. This includes an RCA transistor fitted into a large heat sink.  Surface wiring from this transistor connects to the board to a through-hole component. The board has several lines of resistors and diodes, all mounted vertically. The board also has six components marked TP1 through TP6. The board is marked with the codes 68A988949 and 006/03.

Our sales team will be happy to discuss all shipping options available to you.  The IC3600TPSA1G1B will be packed carefully using a static-reducing sleeve to protect it during shipment.

Our highly skilled technicians can repair your IC3600TPSA1G1B. All of our repairs come with a 3 Year AX Control Warranty. Please contact us for additional information about our repair process. To receive the repair pricing and lead time listed above please process your repair order via our website. The following repair options may be available upon request: