Sell Surplus: Have a IC3600STKJ1 to sell? Sell Now 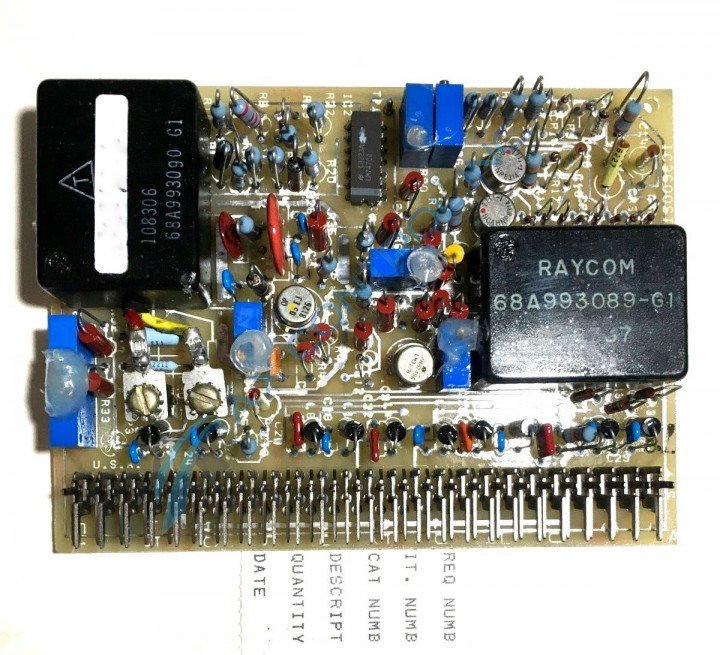 Sell Surplus: Have a IC3600STKJ1 to sell? Sell Now

The IC3600STKJ1 is a product which is called a thermocouple amplifier card. This is a type of printed circuit board made for the Speedtronic Mark I-II series by General Electric or GE. The Mark I and Mark II were the earliest two series in the Mark line, released in 1969 and 1973 respectively. A thermocouple is a sensor which is used to measure temperature. Thermocouples consist of two wires made from different types of metal. Temperature is measured at the point where these wires connect. A voltage is generated whenever this point experiences a change in temperature. A thermocouple amplifier works to amplify this voltage created.

The IC3600STKJ1 thermocouple amplifier card features two (2) large black transformers. One of these transformers is placed at each end of the IC3600STKJ1. They are labeled with their part numbers, which are 88A98308831 and 993090G1. Seven (7) potentiometers, also known as variable resistors, are positioned in various places on the IC3600STKJ1. These potentiometers are blue and feature knobs used to adjust the resistance of the components. A number of capacitors, some of which are solid yellow and others which are solid blue are alternated in a line on the right side of the IC3600STKJ1. Many solid dark red resistors are concentrated near the center of the IC3600STKJ1 along with at least three (3) small round transistors. More than forty (40) metal prongs are aligned along the right edge of the IC3600STKJ1 PCB. These can be used to connected the printed circuit board to other parts in the system. These prongs are numbered from 1 to 51 and typically increased by increments of five (5).

Our highly skilled technicians can repair your IC3600STKJ1. All of our repairs come with a 3 Year AX Control Warranty. Please contact us for additional information about our repair process. To receive the repair pricing and lead time listed above please process your repair order via our website. The following repair options may be available upon request: