Sell Surplus: Have a IC3600SSLA1 to sell? Sell Now 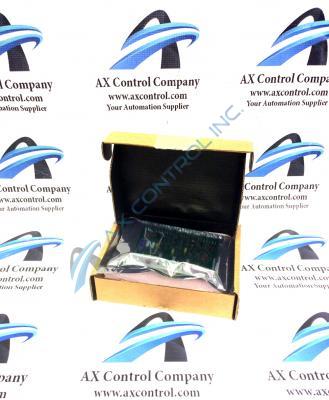 Sell Surplus: Have a IC3600SSLA1 to sell? Sell Now

Four (4) solid blue potentiometers are situated on the left side of the printed circuit board. Potentiometers are also known as variable resistors because they contain dials which may be adjusted to change the resistance of the device. Many resistors can be seen all around the IC3600SSLA1. These resistors are brown and contain bands in different colors such as brown, black, yellow, and red. Several small black transistors are also located on the surface of the board. A series of wires can be found on the IC3600SSLA1 in colors such as white and green. The large metal plate which is attached to the printed circuit boards contains two large grey knobs. These are dials which can be adjusted. The numbers 0 to 10 are featured around each knob. The metal plate is labeled with the words OVERSPEED TEST. Several holes are available on the metal plate which can be used for other components. These empty spaces are labeled SERVO ZERO, SERVO GAIN, SETPOINT GAIN, and SETPOINT ZERO. A number of capacitors in different colors, sizes, and shapes are situated all over the IC3600SSLA1. Along the far right edge of the IC3600SSLA1, there is a line of metal prongs which are used to connect the printed circuit board to the larger turbine control system.

Our highly skilled technicians can repair your IC3600SSLA1. All of our repairs come with a 3 Year AX Control Warranty. Please contact us for additional information about our repair process. To receive the repair pricing and lead time listed above please process your repair order via our website. The following repair options may be available upon request: