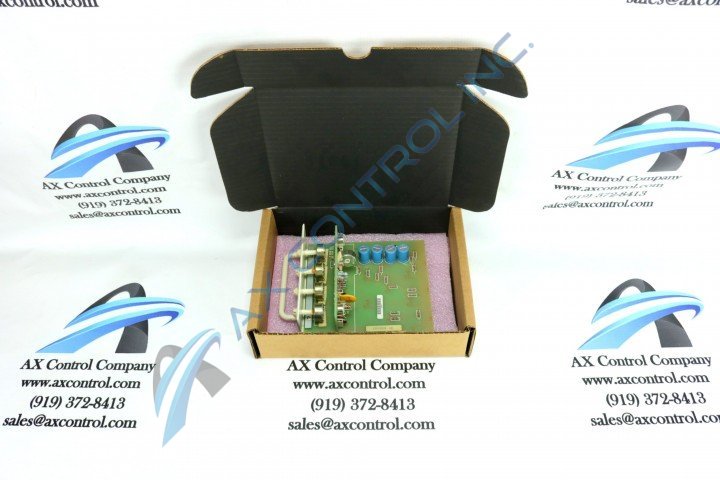 The 193X701BBG02 is a type of printed circuit board or PCB which is known as a coordination card. This product was made to be a component in the Speedtronic 193x series. The 193X701BBG02 was created by General Electric or GE.

The 193X701BBG02 is a large printed circuit board which has been divided into two (2) separate areas. A metal plate is situated on one side of the PCB. This plate contains four (4) adjustable white knobs which are labeled as ZERO, STABILITY, RESPONSE, and P-231. This plate is labeled with the name COORDINATION. These knobs are connected to large components on the opposite side of the plate. One (1) brown resistors which feature bands that are silver, yellow and grey is situated right next to these large metal components behind the plate. The 193X701BBG02 is divided into two parts by a small printed circuit board which is positioned vertically on its side. This PCB has a number of different electronic components. Several brown resistors which have silver, orange, red, purple, yellow, and brown bands. The colors of these bands indicate each device’s resistance. At least one (1) MOV or metal oxide varistor is featured on this small board. The MOV is circular and orange in color. Several small black transistors are attached to this card as well. A number of silver metal electronic components are also featured on the 193X701BBG02. Four (4) large capacitors which are yellow on the outside and silver on the top are featured on the second part of the 193X701BBG02. These capacitors are arranged in a row.

Our highly skilled technicians can repair your 193X701BBG02. All of our repairs come with a 3 Year AX Control Warranty. Please contact us for additional information about our repair process. To receive the repair pricing and lead time listed above please process your repair order via our website. The following repair options may be available upon request: