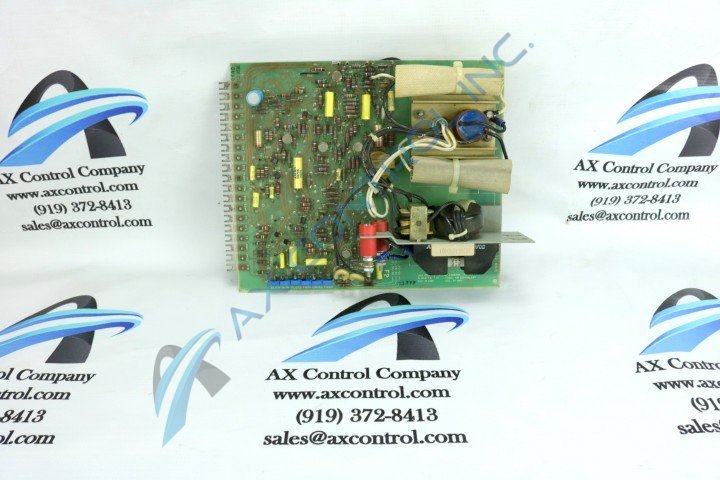 The top half of the 193X532ADG01 features two metal plates. The metal plate on the right side has attached to it a large black power comp which contains two (2) grey fuses. This black component is labeled with its part number, 36C774029AEG01. Two (2) large components which are silver with red bases are also attached to this metal plate. The other plate contains a large components on either side, both of which are covered in a type of fabric. In the middle of the plate, there is another large round component which is red on the outside and blue on top. A large silver component is situated right next to it. All of these large components are connected to the PCB with wires which may be black or white. Also positioned on the right edge of the 193X532ADG01 is a line of six (6) blue potentiometers. The potentiometers are labeled with the names FMAX, CROSS, FMIN, FLOSS, SLIM, and ALIGN. A variety of capacitors can be seen on the 193X532ADG01. One (1) large blue capacitor is sitting in the lower left corner of the PCB. A number of other capacitors are also attached to the PCB. These capacitors are yellow, white and silver and feature a range of sizes from very small to large. Several integrated circuits, which each feature a network of tiny components, are found on the 193X532ADG01.

Our highly skilled technicians can repair your 193X532ADG01. All of our repairs come with a 3 Year AX Control Warranty. Please contact us for additional information about our repair process. To receive the repair pricing and lead time listed above please process your repair order via our website. The following repair options may be available upon request: