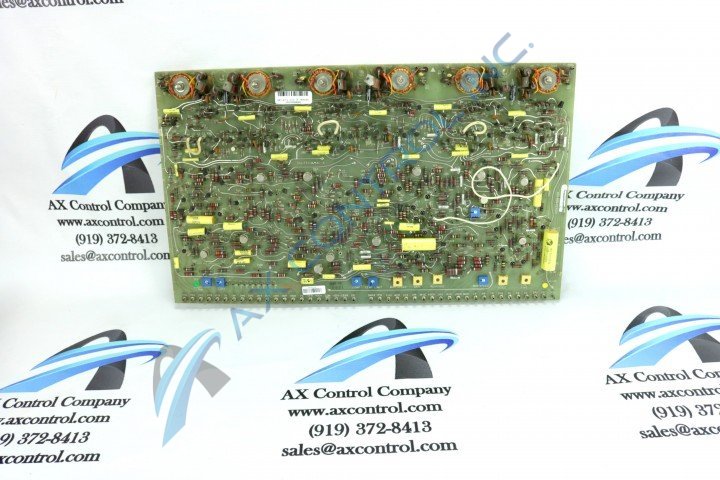 A total of six (6) small inductors, which may also be known as coils, are featured on the 193X529BBG01. These inductors consist of round coils of wire which are enclosed. The inductors are situated near the top of the PCB. Several very small wires which can be orange, red, or yellow are connected to these inductors.

The 193X529BBG01 features a total of eleven (11) components which are blue and square-shaped. Ten (10) of these are aligned parallel to the lower edge of the card and the last component can be found near the center of the card.

Our highly skilled technicians can repair your 193X529BBG01. All of our repairs come with a 3 Year AX Control Warranty. Please contact us for additional information about our repair process. To receive the repair pricing and lead time listed above please process your repair order via our website. The following repair options may be available upon request: