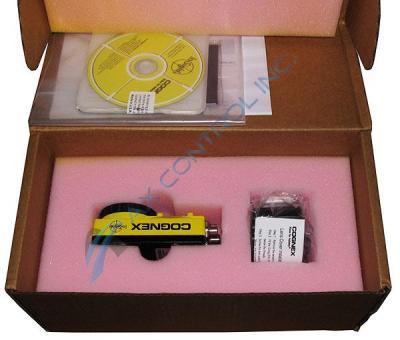 The primary resource to  verify  the power state of the device is to view the Power LED. The device might have one or more states that are reflected by the Power LED.

Two connectors are featured on the front of the ISS-5615-0000.  One connector supports the breakout cable. It is an 8-pin cable. The breakout cable carries communication signals (serial and high-speed outputs) and electrical power (24VDC). The Ethernet connector is also available. Use it to connect to a network device. It is a 8-pin cable and it uses the standard industrial specifications.

Two LEDs are available for the site to configure as needed (User 1 LED and User 0 LED).

Our highly skilled technicians can repair your ISS-5615-0000. All of our repairs come with a 3 Year AX Control Warranty. Please contact us for additional information about our repair process. To receive the repair pricing and lead time listed above please process your repair order via our website. The following repair options may be available upon request: