Sell Surplus: Have a F4-16PID to sell? Sell Now 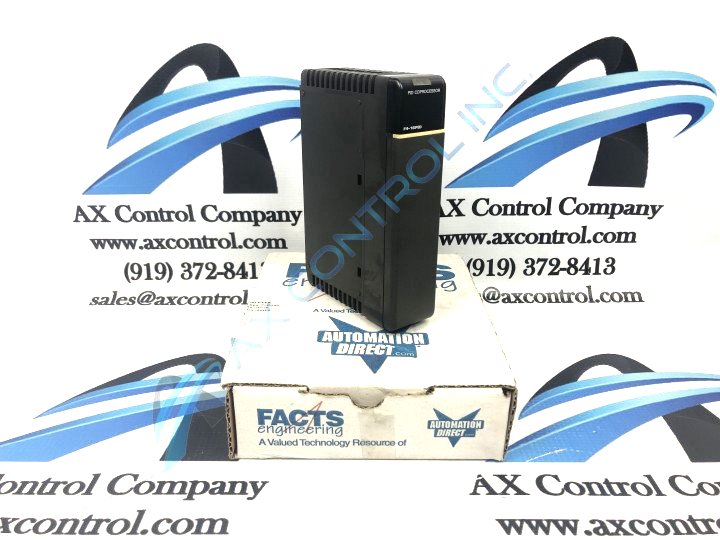 Sell Surplus: Have a F4-16PID to sell? Sell Now

The Automation Direct Facts Engineering Koyo F4-16PID is a proportional integral derivative (PID) CoProcessor module. A member of the DirectLogic 405 series, the device is designed to install directly into the central processing unit (CPU) module of DL405 programmable logic controllers. This module can execute no more than 16 PID loops independently from CPU base. It reads the produced process variable and directly writes PID outputs to the V-memory of the installed CPU. Up to six modules can be installed in a single CPU base.

F4-16PID operates effectively and efficiently with its installed CPU. The CoProcessor module produces a minimal effect on the scan times of its CPU. Since minimal ladder logic is required with the module, it does not require much effort from the CPU. This lack of required power allows the PID module to work simultaneously, without disrupting the CPU’s other functions. Various pieces of information are transcribed to the V-memory areas of the unit. Examples of this information includes process variables, set points, bias, and output.

Following all outlined storage and installation parameters will preserve the integrity of the module. Since F4-16PID operates within the logic controller’s CPU, it is subject to the same environmental constraints as the installed base. While operating, temperatures of the operating facility can range as low as 0℃, or 32℉, and as high as 60℃, or 140℉. A complete installation and wiring guide is available in the series manual as well as the device datasheet. Technical support for this module was provided by the original manufacturers, Automation Direct and Koyo.

AX Control is happy to help with all of your automation needs. Please contact our office by phone or email to receive current prices on all parts and repairs.

Our highly skilled technicians can repair your F4-16PID. All of our repairs come with a 3 Year AX Control Warranty. Please contact us for additional information about our repair process. To receive the repair pricing and lead time listed above please process your repair order via our website. The following repair options may be available upon request: