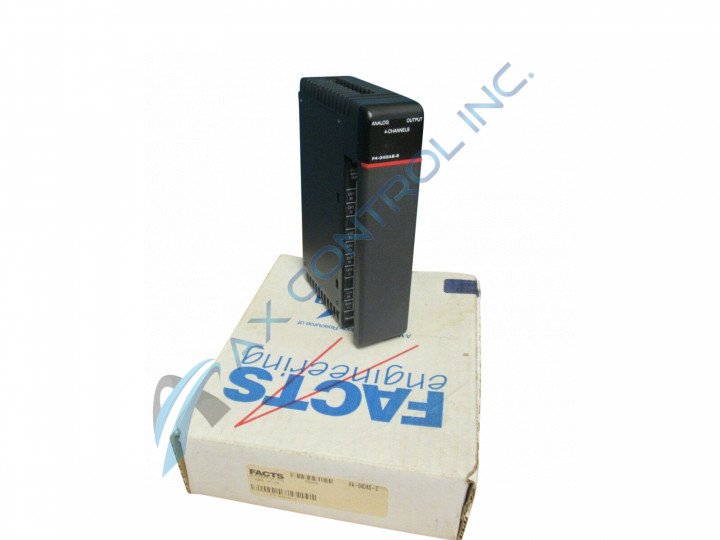 When using the F4-04DAS-2 Isolated Output Module with the H4-EBC Ethernet Base Controller, make sure the H4-EBC contains firmware version 2.1.46 or later.

32 discrete output points in the CPU are required by the F4–04DAS–2 Analog Output Module. The module can be installed in any slot of a DL405 system, including remote bases.

The available power budget and I/O points are limitations you must consider when you determine the number of modules.

The F4-04DAS-2 Isolated Output Module is a 4 channel output module. The output voltages are in the range between 0 to 5VDC and 0 to 10VDC. The number of channels is 4 (isolated). The resolution is 16 bit (1 in 65536). Allow for 60mA at 5VDC (supplied by base) when you plan the power allocation. When you consider the operational environment, know that corrosive gases are not permitted.

Between 1 channel and 4 channels can be scanned for the PLC update rate.

Our highly skilled technicians can repair your F4-04DAS-2. All of our repairs come with a 3 Year AX Control Warranty. Please contact us for additional information about our repair process. To receive the repair pricing and lead time listed above please process your repair order via our website. The following repair options may be available upon request: