Sell Surplus: Have a F0-04RTD to sell? Sell Now 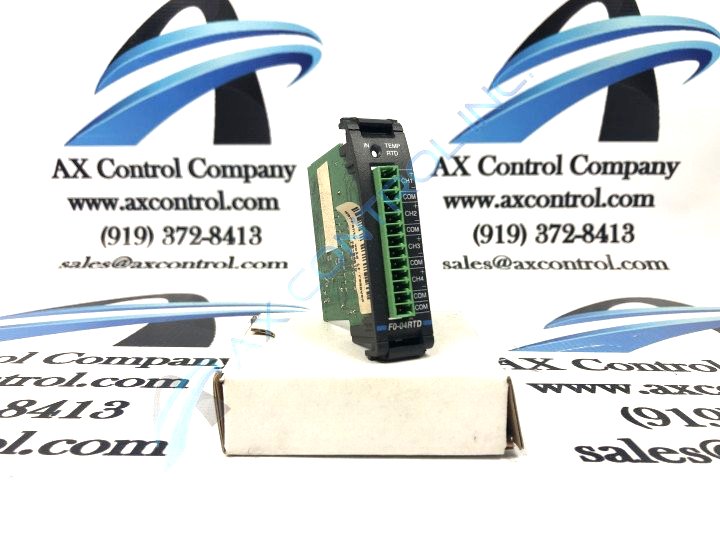 Sell Surplus: Have a F0-04RTD to sell? Sell Now

The Automation Direct Facts Engineering Koyo F0-04RTD is a four channel resistive temperature detector input module. This module is compatible with DirectLogic 05 and DirectLogic 06 programmable logic controllers. Four RTD channels on the module offer 0.1 ℃/℉ temperature resolution capable of displaying in ℉, ℃, as well as magnitude plus sign or 2’s complement. The RTD module provides direct temperature readings, and does not require any extra scaling or converting.

Known for accurate and stable temperature readings, F0-04RTD bases its calculations on data provided by the National Institute of Standards and Technology (NIST). The module supports a number of input ranges. These include types: Pt100, Pt1000, jPt100, CU-10/25, and NI-120. Each supports a wide range of temperatures that can be selected based on need. The module requires specific software requirements in order to function properly. When operating in a DL05 PLC, firmware version 4.70 or later and DirectSOFT32 Version 3.0c or later is required. If a DL06 controller is used, firmware version 1.50 or later and DirectSOFT32 Version 4.0, Build 16 or later is needed.

AX Control is happy to speak with you about your F0-04RTD needs. Pricing for repairs and replacement parts can be obtained by calling or emailing our office.

Our highly skilled technicians can repair your F0-04RTD. All of our repairs come with a 3 Year AX Control Warranty. Please contact us for additional information about our repair process. To receive the repair pricing and lead time listed above please process your repair order via our website. The following repair options may be available upon request: