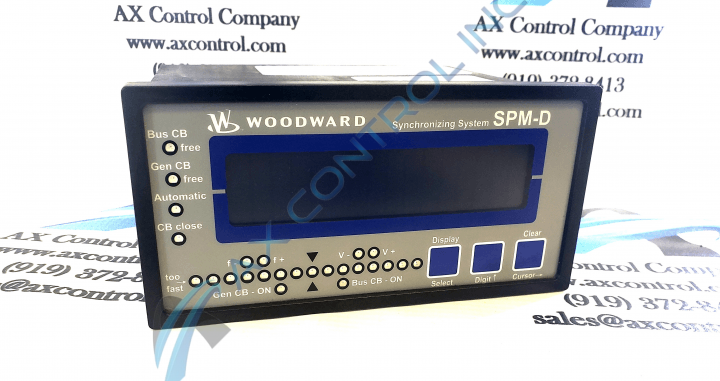 The 8440-1024 module is a synchronizer module developed for three phase, alternating current, industrial generators. Woodward Inc. originally produced this synchronizer as one of the many models in the lineup. In order to properly interface with these synchronizers, the generators need to be outfitted with a speed control and automatic voltage regulation module. These two components are not required to be Woodward-designed modules, however, they have to be similarly designed with a compatible set up. The 8440-1024 is programmed to provide operators with a generator module that had a combined, multifunctional setup. This unit is included with a both an integrated GCB and MCB, or generator circuit breaker and mains circuit breaker. There is also a load and power factor control as well as mains and generator protective capabilities. The 8440-1024 synchronizes the GCB and MCB units separately. This unit is able to provide two phase sensing of the generator system, and the attached utility bus and mains. The mains parallel operational capabilities include a real power control and true RMS power calculation. It also includes a soft shutdown feature, as well as a power factor control and power factor setpoint by the adjustable parameters. Included are other operations such as the isolated operation for frequency and voltage control, and the dead bus operation. This SPM-D21 synchronizer is designed with a Class 1 accuracy rating, and physically is housed in a frame with a front protective rating of IP42, while the back is rated IP24. It is listed with the standard clearances for synchronizer units; UL and cUL.