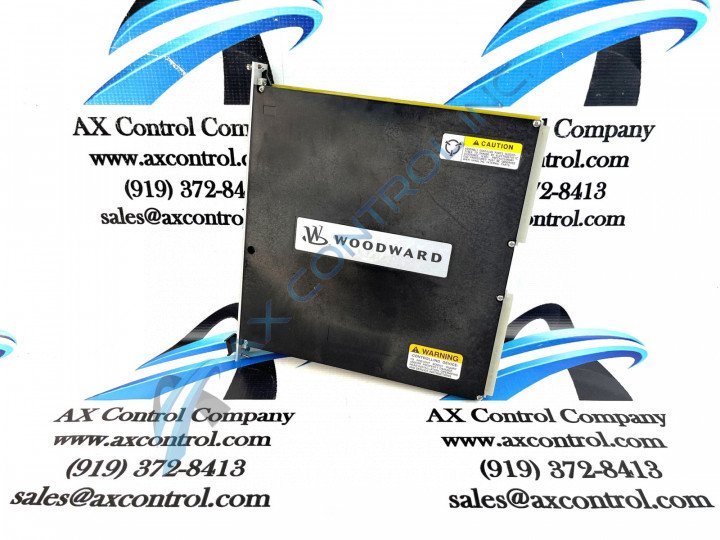 Manufactured by Woodward and released as part of their NetCon Controller Series, the 5501-431 is a 2CH Actuator Control Module (100mA Version). There are several versions available in this series, and the model part numbers indicate the maximum output current capability of the module. Each channel of this two-channel model controls a proportional or integrating, pneumatic or hydromechanical actuator.

Up to two position feedback devices (LVDT, RVDT) may be used on each actuator channel on the 5501-431. This module has several fault detection features, including alarms for errors related to excitation, feedback, and drivers. Position errors, logic power, microcontroller activity, and the CPU module are also monitored.

The 5501-431 has a red fault LED, used to indicate faults in the status of the unit. In the event the controller is not communicating with the CPU module, a solid LED with be visible. If the LED is flashing, it is an indication of an internal problem, and the module should be replaced.

Information on the 5501-431 Actuator Control Module (100mA Version), including specs and installation instructions (including complete field-wiring information), can be found online in the MicroNet Simplex & MicroNet Plus Manual 26166V2

Woodward's unit 5501-431 has a potential for a ‘beat’ frequency to be created around 3000 Hz. This signal may create noise within the chassis and has been known to cause increased noise on electrical and other analog signals as well. - AX Control Technician

Our highly skilled technicians can repair your 5501-431. All of our repairs come with a 3 Year AX Control Warranty. Please contact us for additional information about our repair process. To receive the repair pricing and lead time listed above please process your repair order via our website. The following repair options may be available upon request: