Woodward model 8440-2086 is the second of two easYgen-3500XT-P1 models. This model is equipped with voltage regulation along with run-up synchronization. The 8440-2086 model has the capability to handle up to thirty-two genset controllers. 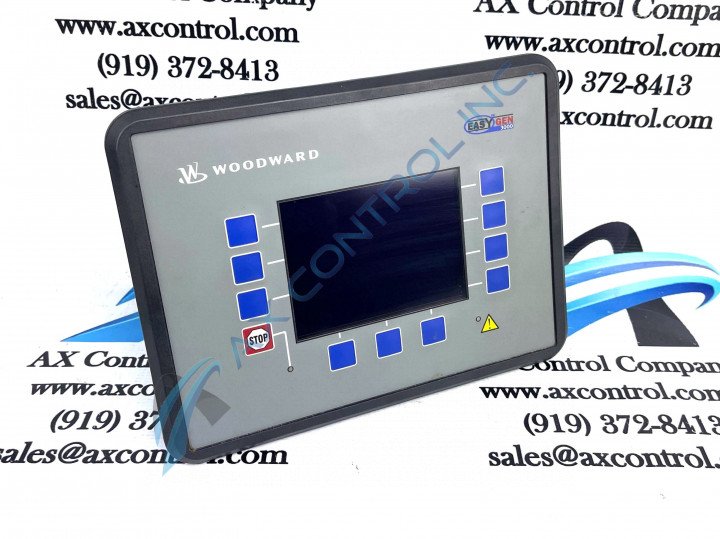 Woodward model 8440-2086 is the second of two easYgen-3500XT-P1 models. This model is equipped with voltage regulation along with run-up synchronization. The 8440-2086 model has the capability to handle up to thirty-two genset controllers.

Part number 8440-2086 is produced by Woodward Inc and is from the EasyGen 3000 series. This model also has an alternate part name which is the easYgen-3500XT-P1. The 8440-2086 controller is equipped with discrete inputs that are typically described by two categories, which are fixed and programmable.

The easYgen-3500-XT-P1 model has an LCD screen that indicates the operations and alarms on the controller, it also has enclosed softkeys that allow for the configuration of application modes. The software on your controller allows for easy configuration of the model but allows for customizable individual applications. Your controller is featured with device-to-device communication as well as load share which can be used over Ethernet or CAN.

Inquires about product availability from AX Control’s warehouse can be made by phone at (919) 372-8413 or by email at sales@axcontrol.com.

The 8440-2086 model is equipped with different inputs, typically these inputs are either fixed or programmable, there are eight different discrete inputs. For information on these inputs browse the attached manual. - AX Control Tech Team

Our highly skilled technicians can repair your 8440-2086. All of our repairs come with a 3 Year AX Control Warranty. Please contact us for additional information about our repair process. To receive the repair pricing and lead time listed above please process your repair order via our website. The following repair options may be available upon request: