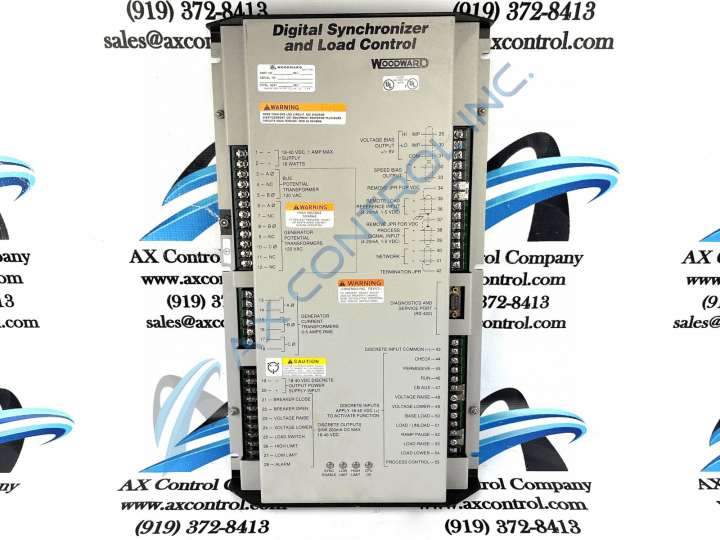 Part 9905-360 is a microprocessor-based Woodward DSLC Digital Synchronizer and Load Control. This control is designed for paralleling, synchronizing, loading, and unloading three-phase generator sets when used with a Woodward speed control and an automatic voltage regulator. This control is rated for operating temps from –40 to +70 °C (-40 to 158 F) and storage temps from –55 to +105 °C (-67 to 221 F).

Certain precautions to protect against static damage should be followed when working with or near the control, such as touching and holding a grounded metal object to discharge the static electricity on your body to the ground before doing maintenance on the DSLC.

Our highly skilled technicians can repair your 9905-360. All of our repairs come with a 3 Year AX Control Warranty. Please contact us for additional information about our repair process. To receive the repair pricing and lead time listed above please process your repair order via our website. The following repair options may be available upon request: