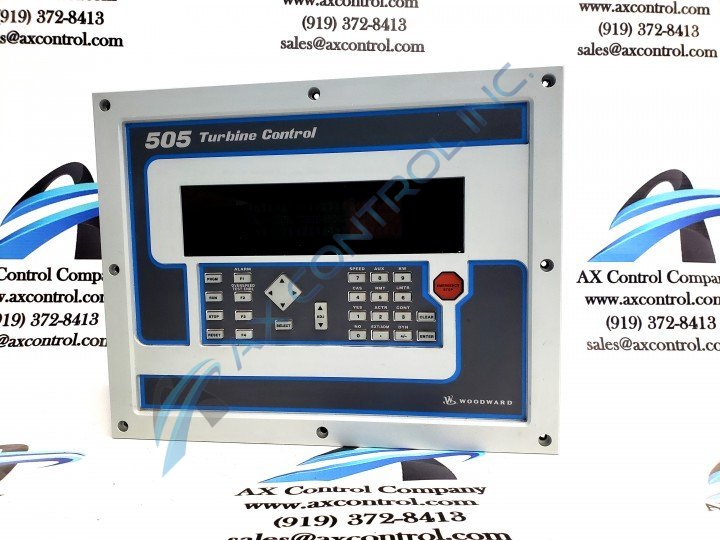 The 9907-166 belongs to the extensive series of Woodward Inc. devices. This series was built as a set of industrial-grade, digital control units for steam turbines. These units belong to a series known as the 505 and 505E models of microprocessors. The 505 and 505E models are built as a set of control units that properly operate the turbine’s actuators in order to drive the steam inlet valves. The 505 and 505E units are entirely programmable to the user’s specifications and can be done so on-site. They utilize a menu-based software to customize the control capabilities needed for the turbine.

This unit of the Woodward 505E series is designated as 9907-166. It is outfitted with a 32-bit microprocessor in order to control industrial-grade steam turbines, as well as small units, such as utility turbogenerators or turboexpanders.

The components of the 9907-166 unit are made up of a series of printed circuit boards in an optional NEMA 4X graded frame, designed to be mounted within a system control panel. The NEMA 4X enclosure is there in order to protect the 9907-166 unit from being damaged if mounted within a harsh environment. The ambient temperature range changes when the unit is outfitted with the NEMA 4X frame. Without the frame, the low and high extremes that the unit can handle are -25 to 65 degrees C, but with the frame attached, it changes to a high of 55 C.

The 9907-166 and the 505E series, in general, can perform as a first-out indicator for system shutdowns, thus reducing troubleshooting time. - AX Technician

Our highly skilled technicians can repair your 9907-166. All of our repairs come with a 3 Year AX Control Warranty. Please contact us for additional information about our repair process. To receive the repair pricing and lead time listed above please process your repair order via our website. The following repair options may be available upon request: