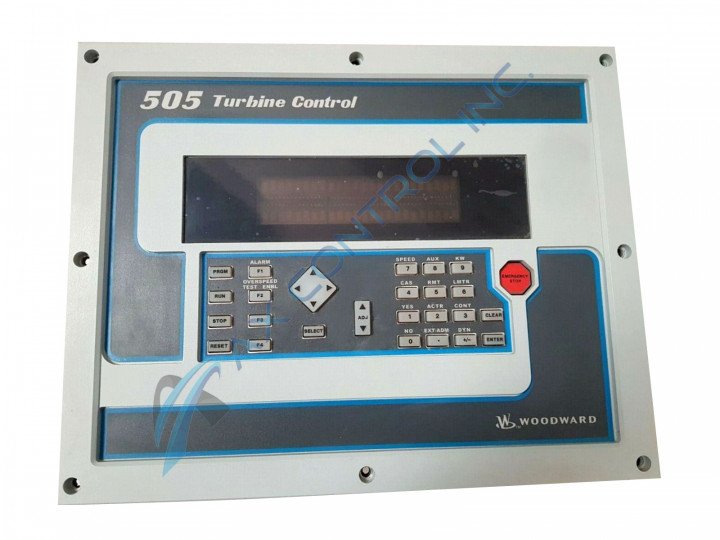 This unit is a part of the 505 and 505E series of microprocessor-based control systems. This series was developed and produced by Woodward Inc., the world’s oldest and largest independent manufacturing company for aircraft and industrial engines and turbines. The 505/505E line consists of control modules designed for the operation of steam turbines. These units achieve this by utilizing one or two of the split stage actuators to drive the inlet steam valves. The 505/505E series is built for single extraction and admission for steam turbines. The digital controls in this series are completely programmable to the user’s specifications. They utilize menu-focused software to allow on-site engineers to program the control of a specific generator or electromechanical drive.

This unit is designated as the 9907-165 model of the Woodward Inc. 505E microprocessors. It is able to be configured as a stand-alone device or can operate in tandem with an industrial plant’s DCS, distributed control system.

The 9907-165 model is equipped with 32-bit microcontroller capabilities in order to control a wide variety of turbines, such as industrial-sized standard steam turbines, smaller, utility turbogenerators, and turboexpander models.

This unit is available as part of AX Control Inc.’s reconditioned materials in stock.