Woodward part 9907-020 series 2301A Load Sharing and Speed Control. Can use a paralleling speed switch and process export/import speed control with the part. 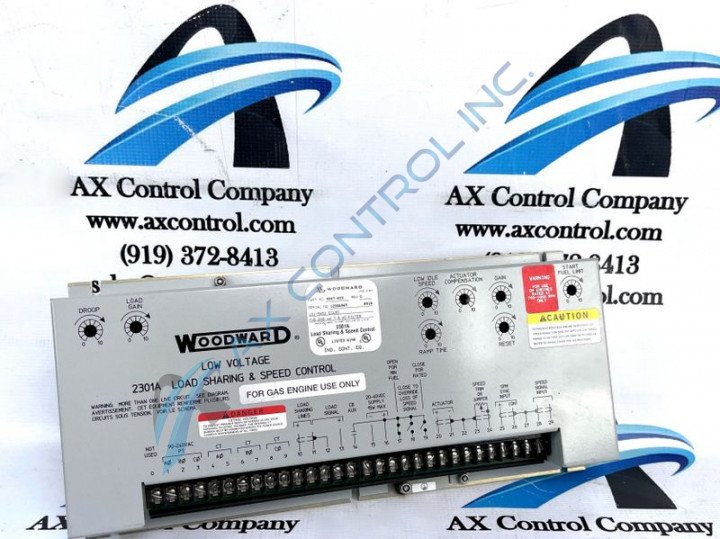 Woodward part 9907-020 series 2301A Load Sharing and Speed Control. Can use a paralleling speed switch and process export/import speed control with the part.

The 9907-020 is part of the Woodward Load Sharing and Speed Control( LSSC) series. In that it also is built with and equipped to work on installations and for engines that isolate torque converters for split shaft gas turbines. Like other 2391A  Woodward machines the 9907-020 is a made to deal with split shaft turbines, whereas others would be unsuitable for such a task. It would be unwise for only the speed to be monitored as it would be at risk of the coupling to fail as well as making starting an uneasy task.

Another feature of the LSSC is its capability to add on a:

Getting back to the subject of speed, the speed control half of the 9907-020, it acts as a limiter in which it makes sure the power unit does not use excess speed. It also hosts a Magnetic Pickup (MPUs) system for both the engine or gas compressors. In which it connects the speed controls in relation to the actuator. Which in turn controls the flow fuel. When all of this is accomplished the actuator is able to take a positive position that allows the fuel usage to be at the most desired amount needed to maintain the speed of the isolated load. AX Control INC. is fully able and willing to buy, sell, repair, and resell this machine as well as many others to suit your factory floor needs.

Works well and does its intentional use effectively. In addition, it also works well with other Woodward products. Finally, it should be stated that it is most efficient when installed by a knowledgeable supervisor. This machine was tested and shown to work well in doing so. - AX Control INC. Tech Team.

Our highly skilled technicians can repair your 9907-020. All of our repairs come with a 3 Year AX Control Warranty. Please contact us for additional information about our repair process. To receive the repair pricing and lead time listed above please process your repair order via our website. The following repair options may be available upon request: